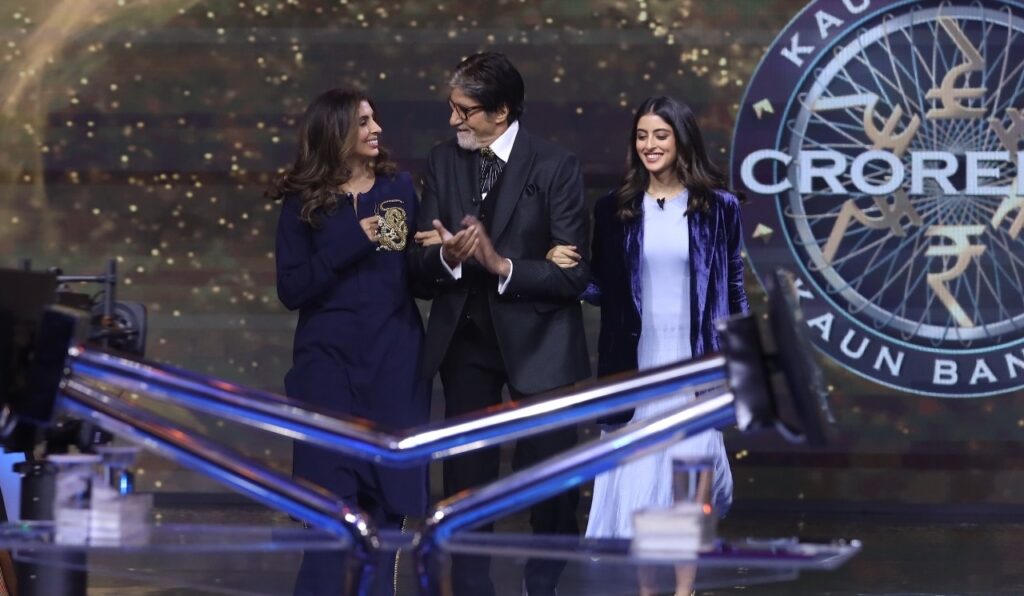 Mumbai : Legendary actor Amitabh Bachchan talks about his journey on ‘Kaun Banega Crorepati’ as the show completes a thousand episodes on December 3.

He says: “This year the show completes 1,000 episodes, and I couldn’t be happier. I believe this is the most generous show and it continues to give to the contestants, audiences and to all of us associated with it – be it ‘Gyaan’, ‘Dhan’ or ‘Sammaan’ (Knowledge, wealth, respect). Each season of KBC has been a learning for me and to be with the team, the contestants who come from different parts of our country and to interact with them is a joy. I hope that this show continues to create history just like it has, in every way.”

On the Friday special episode, Shweta Bachchan Nanda and Navya Naveli Nanda will be on the hotseat.

Furthermore, Siddhartha Basu, who is the consultant for ‘KBC 13’, shares about the show and Amitabh as the host. The show has seen 1,588 participants on the hotseat and has given 25 ‘Crorepatis’.

He says: “It’s rare enough to be part of a knowledge show that made television history, holding a nation in its thrall, but rarer still to be associated with it throughout its run, 21 years on. With Amitabh Bachchan driving the show with unique flair and empathy, it remains one that not only engages both hearts and minds, but one that touches lives.”

The Friday special episode will air on December 3 on Sony Entertainment Television.