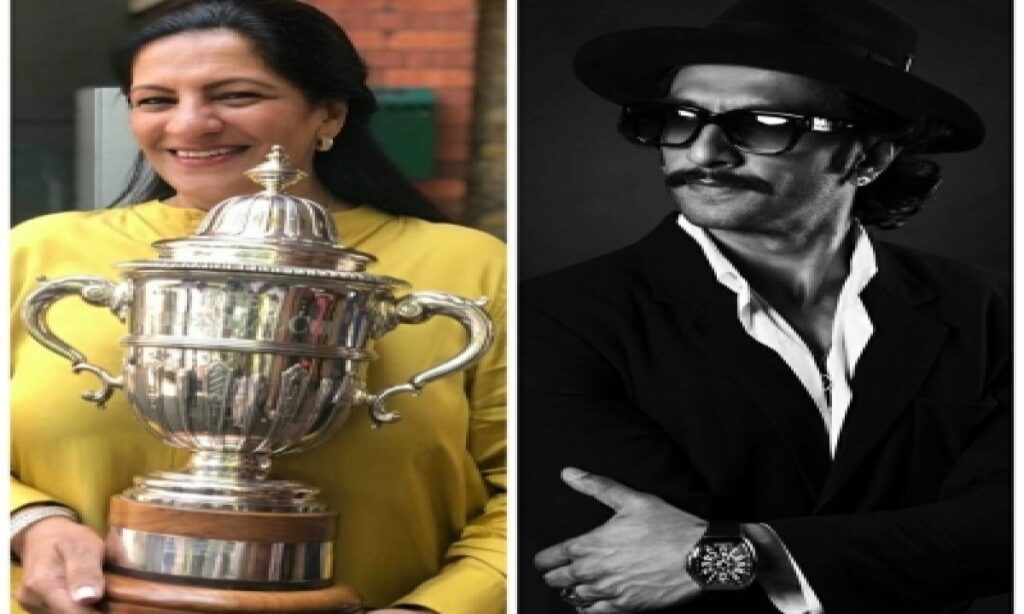 Mumbai : Ranveer Singh, who plays Kapil Dev in ’83’, shared a picture of his mother Anju Bhavnani holding the World Cup that the Indian skipper and his vice-captain, Mohinder Amarnath, lifted on June 25, 1983, at Lord’s.

Actress Richa Chadha, too, took to the comments section and wrote: “Jeet gaye! Thanks for this historic film. Thanks also for waiting for the cinemas for this one. It’s a sixer!!!” She was referring to the long time ’83’ was kept on hold because its makers wanted the film to be released in theatres only.