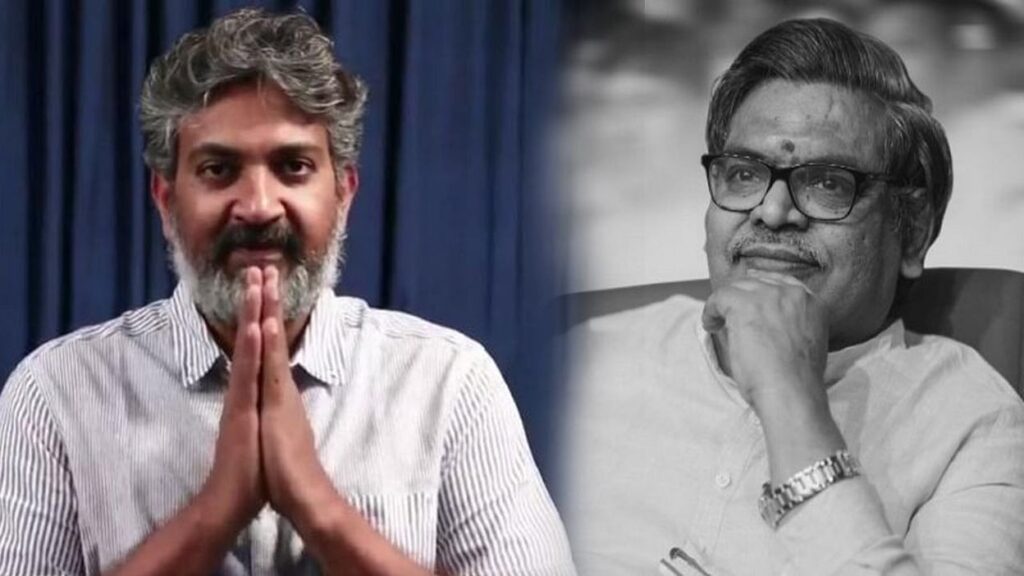 Sastry was 66 and is survived by his wife, two sons, and a daughter. His family members admitted him to the hospital on November 24 after he complained of uneasiness. However, his condition deteriorated on Tuesday and he died while undergoing treatment.

With his demise, The Telugu film industry is in a state of shock.

Rajamouli, who took to his social media to pen a heartfelt note, had mentioned, “This is my personal loss.”

“In the year 1996, we lost everything after the movie ‘Ardhaangi’. Seetharama Sastry was the one who filled courage in me. Some of his songs fill so much confidence inside me, that I kept listening to his songs whenever I had to face barriers in my life”, Rajamouli stated.

Rajamouli recalls one of the best incidents with Sastry, as he said, “I once visited him on New Year’s Eve. When he asked me what kind of a gift I was expecting from him, I handed over a notebook, and asked him to pen down a song for me. I still remember my father’s happiness when I took back that notebook with Sirivennela’s song written in it. Priceless.”

Sastry penned the lyrics for ‘RRR’ song ‘Dosti’ from the upcoming pan-India movie. “For ‘RRR’ music video, we had planned to shoot him signing on the lyric paper. Unfortunately, he got sick by that time, and it never happened. It would have been a great memory,” Rajamouli’s heartfelt note conveyed.

Sirivennela Seetharama Sastry’s ‘Ammayina Nannayina’ from Simhadri, and ‘Parugulu theey’ from ‘Maryada Ramanna’ are Rajamouli’s best-remembered works among his movies.