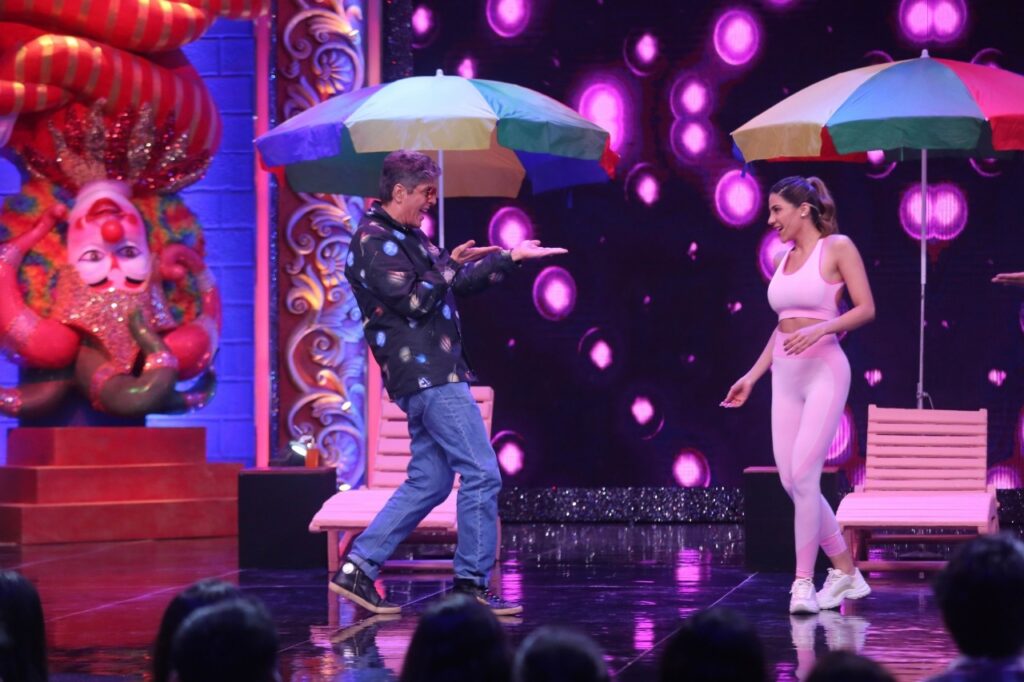 Mumbai : Bollywood actor Chunky Pandey will be seen as the special guest on ‘Zee Comedy Show’ during this Sunday’s episode, while Nikki Tamboli will be seen as a guest comedian for just this weekend.

During the show Chunky Pandey can also be seen shaking a leg with Nikki Tamboli on the song ‘Saat Samundar Paar’. The entire performance is entertaining for ‘Laughing Buddha’ Farah Khan and the audience as well.

Nikki said: “I am a fan of Chunky Pandey, so it was great dancing with him. I had come on ‘Zee Comedy Show’ as a guest comedian when Chunky ji was a special guest. We wanted to do something fun, so we did an impromptu dance act. I truly had a great time on the show.”

Chunky Pandey can be seen in the show sharing interesting anecdotes and witty responses as he appears as a special guest. Moreover, Nikki will bring her own sense of humour within the ‘Team Hasaayenge’ that includes 10 comedians as she is appearing as a guest comedian.

Not only will she be performing on dance numbers but also do a special act as a model roaming in Goa. She also went on to request Chunky to join her on stage so that she could shake a leg with the actor.