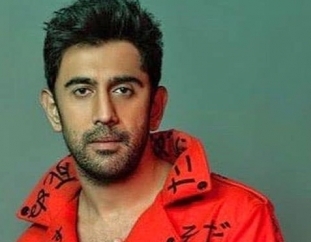 Mumbai, Amit lent his voice for Batman, Sharib Hashmi acted as Riddler, Shweta Tripathi as Barbara Gordon among others. Mantra Mugdh is the director of the audio series.

Bollywood actor Amit Sadh, who has made his debut as a voice artiste for the first-ever Hindi audio podcast of ‘Batman’, titled ‘Batman Ek Chakravyuh’, says creating his voice for the superhero was quite equivalent to the physical transformation that he attempted to do in films earlier.

“Firstly I must mention that voice acting is such a different experience and especially in the world of Batman! I think because I am a novice as a voice artiste and this is my first project, I was not too conscious of doing it, that is why ignorance is bliss at times.” Amit said.

“But the most challenging part was finding the right chord because the microphone can hear you thinking. Every intricate detail of our voice gets captured in the mic, every moment of breathing can change our voice and tone that the character we are playing, is lying there.”

He said, “When we act on-screen, a silent look can speak volumes about the character, here, taking the right pause would do that. I saw the whole show in mind when I was lending my voice for Batman!”

While the actor is known for his physical transformation in some of his films like ‘Kai Po Che!’, ‘Raag Desh’, ‘Gold’, ‘Barot House’, ‘Operation Parindey’ and web series like ‘Breathe’, ‘Jeet Ki Zid’, Amit shared an interesting anecdote in creating the voice for Batman.

Amit said, “Mantra, our director was after me for a couple of days to give him the sample of voice to create a unique sound for Batman, basically that transformation from Mr Bruce Wayne to Batman. And I was like ‘haan ho jayega, karta hoon’…but then when I realised that on the next page, Batman comes out and I really have to record that, I took a break.”

“I randomly started growling and started uttering ‘I am Batman'” he said that that was the moment Mantra decided to keep that voice throughout the podcast.

“But it was taxing for my voice. However, the good part though, is the real voice and our show makers decided not to engineer it in any way, it’s my raw voice. The whole experience of voice transformation was similar to the physical transformation that I did earlier for my films, satisfying” said Amit.

Like any other kid, Amit has also grown up watching and idolising ‘Batman’ but he shared what he realised one more time through the journey of playing ‘Batman’ that he equally felt as an audience.

“Look, we all have interesting superhero characters but ‘Batman’ is super real for me. He is a superhero who is constantly struggling, he has his own personal issues with his addiction, emotional ups and downs and more. He is as vulnerable as any one of us. There is a ‘Batman’ in all of us, but he is a superhero, because he did not give up. He could be our superhero too if we fight and stay hopeful instead of giving up,” Amit signed off.