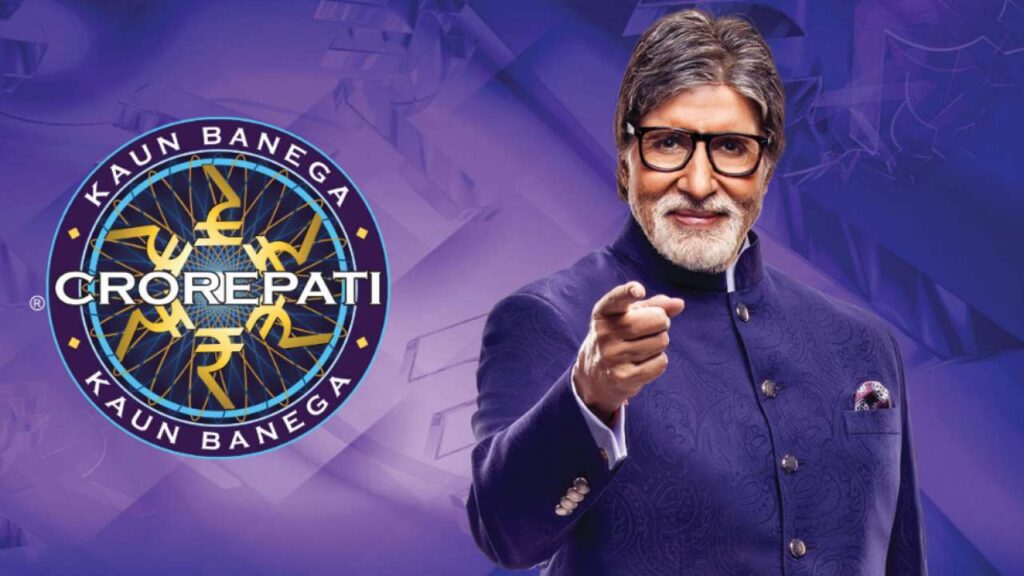 Mumbai: Kaun Banega Crorepati is back with Season 13. The first episode of KBC season 13 will witness the host of the show and Bollywood megastar Amitabh Bachchan along with the show’s producer-director Siddharth Basu talk about the glorious run of the show and what are the new elements that the viewers will witness in this edition.

Tables will turn as Bachchan will indulge in a quick rapid-fire round with Basu. Quizzing him on questions centered around the show, Basu will be posing six rapid-fire questions to Bachchan.

In the first episode of the show, Bachchan will share how the most popular game show has seen a glorious journey of 21 years. He will share Kaun Banega Crorepati started when the technological advancements weren’t present, current India cricket skipper Virat Kohli was only 12 years old and Neeraj Chopra, the gold winner in javelin at the Tokyo Olympics, was only 3 years old.

He will also be seen sharing how the makers took him on the sets of ‘Who Wants to be a Millionaire’ in order to see how the show is executed and recorded.

The new season will see the use of LED and augmented reality which will be a notch higher, the timer has been re-christened as, ‘Dhuk-Dhuk ji’. Eminent personalities will be seen gracing the show on Fridays for ‘Shaandaar Shukravaar’. The ‘Fastest Finger First’ has been modified to ‘Fastest Finger First – Triple Test’ wherein the contestant will have to give three correct GK answers. ‘Audience poll’ lifeline has also made a comeback in this season.

Last year due to the pandemic, the makers of the show took a step to eliminate the studio audience. Keeping in mind the Covid precautions, social distancing, and Antigen tests of everyone, this season the studio audience is back. Speaking about the show and the contestants, Bachchan shared, “If I invite someone on the hotseat, it’s like inviting somebody to my home.”