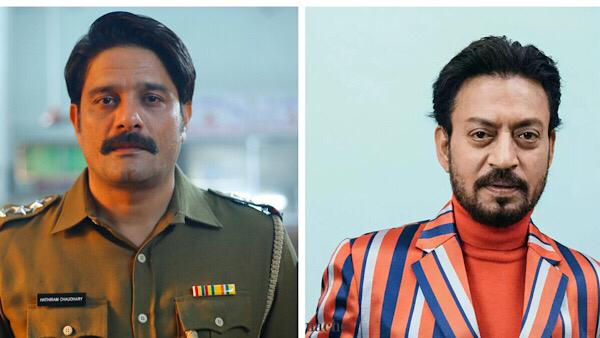 Jaideep Ahlawat has worked in the Bollywood business for quite some time. The actor rose to prominence after portraying Hathiram Chaudhary, a Delhi Police Inspector, in the OTT web series Paatal Lok, which premiered in 2020 and starred Gul Panag, Neeraj Kabi, Swastika Mukherjee, Ishwak Singh, and Abhishek Banerjee in prominent roles. The Raees actor was also lauded from all sides for his performance and ability to stand out in the series.

A few hours ago, the actor released a new set of images on his social media profile after visiting the late actor Irrfan Khan’s home. As a caption, Jaideep wrote an emotional letter that read: “Dada… “The ‘trees’ you planted have started giving ‘fruits’. @irrfan. Thank you so so much Ma’m @sikdarsutapa for everything … I felt like I was Home. We see you soon Bro @babil.i.k. Love You.” The first photo features the actor standing next to a picture of Irrfan. While the other two photos featured him sitting around a lot of mangoes. Jaideep also shared a photo of the book, Irrfan: Dialogues With The Wind and also shared a glimpse of the note that Sutapa had written for him in the book. Reacting to the photos, Sutapa commented: “Some relations are not blood is what I felt with you yesterday. My blessings always.”

Meanwhile, Ahlawat will next be seen in Sujoy Ghosh’s Devotion of Suspect X, in which he will co-star with Kareena Kapoor Khan and Vijay Varma. He will then appear in the second season of Pataal Lok, a crime thriller. Jaideep is also working on An Action Hero starring Ayushmann Khurrana, which is set to be released on December 2, 2022. Bhushan Kumar and Aanand L Rai are behind it.