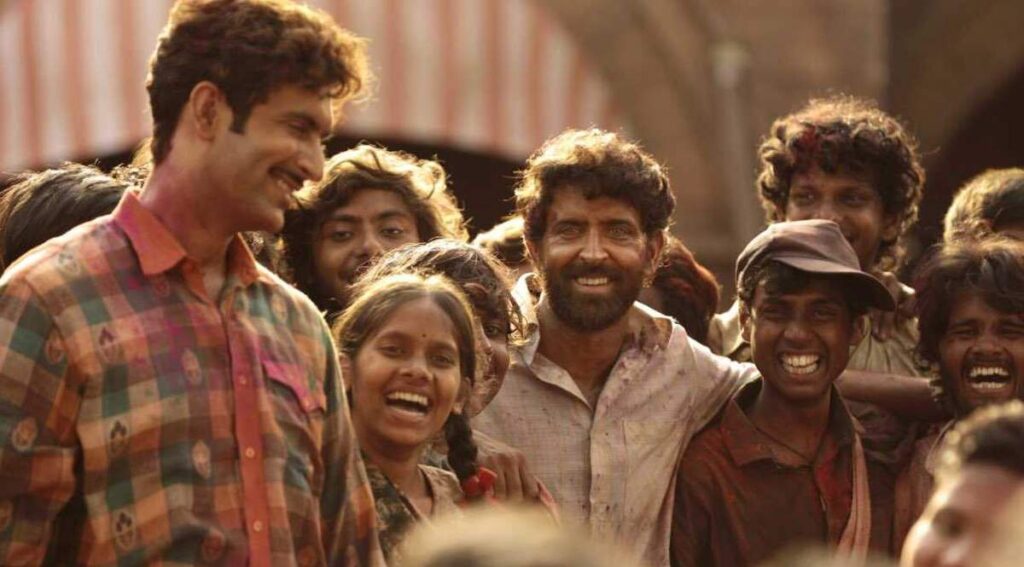 The critically acclaimed biographical drama Super 30, which celebrates its third anniversary today, won Hrithik Roshan critical acclaim and was a huge commercial success in 2019. However, the superstar found it difficult to fill the shoes of the inspirational mathematics teacher and educator Anand Kumar. Hrithik Roshan, “India’s Greek God,” had to give up his physique and sophistication to become Anand Kumar, imitating not only his avatar and mannerisms but also his dialect, accent, and other minute details. Hrithik went above and beyond, from practising Bihari for hours on end to devoting time to his workout routine.

In a throwback video showing the superstar’s dramatic transformation, he said, “The very first sacrifice that I had to make was to allow myself to look unfit and out of shape. Next was the Bihari accent which is both vulnerable and strong. I had to practise Bihari every day for about 2-3 hours. Additionally, I worked on my jaw, cheek and tongue muscles …all of which would help improve my dialect and talk. I had to be uninhibited and just let go.”

Hrithik Roshan was already a star and in a league of his own when he made his debut in Kaho Na Pyaar Hai. While the film almost overnight made him a sensation and a national crush, it was films like Fiza, Koi Mil Gaya, and the Krrish franchise that acted as a turning point in his career and established him as one of the country’s finest talents.

Hrithik has appeared in several popular films throughout his career, all of which received critical acclaim and were commercially successful – The most intriguing aspect of his career was the rich variety of characters he played, including a sexy villain in Dhoom 2, a Mughal emperor in Jodhaa Akhbar, a quadriplegic in Guzaarish, a superhero in the Krrish franchise, and a mathematical genius in Super 30, which celebrates its third anniversary today. Each is distinct, one-of-a-kind, and never stereotyped!

The superstar is also preparing for the next instalment of Krrish, which is expected to be one of the most expensive films ever made, with a plot that promises to keep you on the edge of your seat. There are also rumours of a WAR sequel and the mythological drama Ramayan, both of which are set to be released soon.