New Delhi,The Centre is willing to provide further borrowing flexibility to states to help break the deadlock and allow their participation in the new GST compensation formula put on the table.

Government sources said that the unconditional borrowing limit for states could be raised by another 0.5 per cent if they agree on the new GST compensation options suggested by the Centre.

Under Fiscal Responsibility and Budget Management (FRBM) Act, states are allowed to borrow up to three per cent of gross state domestic product (GSDP) to bridge the fiscal deficit. An additional, two per cent borrowings with both conditional and unconditional elements has been added recently under the Atmanirbhar Bharat package.

While states have been asked to give their views on the compensation options suggested by the states soon, so that the new mechanism could be rolled out, some states have shown reluctance to be part of the suggested options and want that it should be the Centre that should borrow to meet compensation shortfall rather than putting the burden on states.

“Centre is willing to unconditionally relax another 0.5 per cent under the FRBM window over what has already been provided under the options (while keeping the borrowing within the Atmanirbhar Bharat package limit of up to 200 basis points of GSDP) for states if they agree for the first option on GST compensation suggested by the Centre,” government sources said.

The first option given by the Centre over GST compensation allows states to borrow, under a special dispensation from the RBI, a sum of about Rs 97,000 crore being the shortfall calculated by the Centre that is directly on account of GST implementation. The borrowing under the first option will not be treated as debt of the state and they would also be permitted to avail full additional borrowing limits given under Atmanirbhar Bharat package unconditionally.

If the states come on board with the latest offer, this would keep the overall borrowing limit of states at five per cent of GSDP but allow states flexibility to borrow unconditionally over Rs three lakh crore in FY21.

On a total GST compensation need of about Rs three lakh crore in FY21, the Centre expects to collect Rs 65,000 crore from the GST compensation cess. The shortfall in GST compensation is estimated at Rs 2,35,000 which the Centre wants the states to bridge through borrowings under the two options suggested by it. But the Centre is keen that its first option is accepted as it would put a lesser burden on the market and bond yields due to extra borrowings. 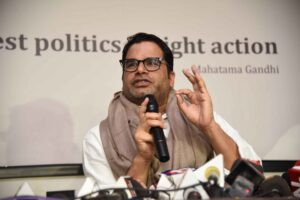 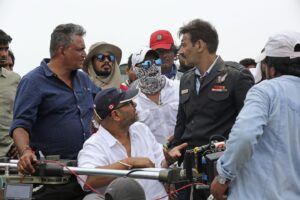