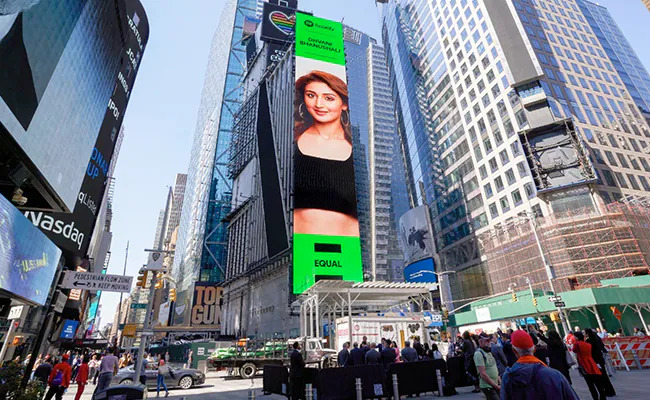 Dhvani Bhanushali, India’s newest and most successful popstar, is featured on the Times Square Billboard for the month of May. She has fans both in India and around the world.

Dhvani, who has continuously broken records, was chosen as the ‘Artist of the Month’ as part of Equal campaign of one of the leading music applications, which showcases women musicians from around the world.

Times Square in New York, popularly known as “the Crossroads of the World,” is one of the world’s busiest commercial junctions and tourist destinations, as well as a venue for the world’s most popular projections.

Dhvani adds another hit song to her list, which includes other chartbusters like ‘Vaaste,’ which crossed 1 billion views and was listed among the Top 10 most liked music videos globally, making her the only Indian music artist to appear in YouTube Rewind 2019, ‘Dilbar,’ ‘Leja Re,’ ‘Ishaare Tere,’ ‘Candy,’Mera Yaar,’Mehendi,’ and ‘Dilbar,’ among others.