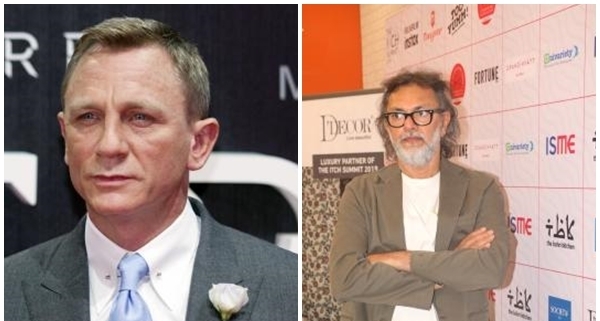 New Delhi, Hollywood actor Daniel Craig auditioned for a role in Rakeysh Omprakash Mehra’s 2006 hit film “Rang De Basanti”, but he took a raincheck on it because he was in the meantime cast as James Bond. He was to play the character of James McKinley, the British jailor who walked Bhagat Singh, Rajguru and Sukhdev to their hanging, in the Aamir Khan-starrer.

Mehra recalls the incident in his autobiography, “The Stranger In the Mirror” (Rupa & Co), which is studded with incidents from his life that intersect with the careers of famous stars. The British jailor, incidentally, was played by the English actor and narrator Steven Mackintosh, who’s otherwise famous for playing Andreas Tanis in the “Underworld” action horror films.

“Daniel Craig was my first choice but he requested if we could allow him some time as he was also being considered to be the next James Bond. The rest, as they say, is history,” Mehra writes in his autobiography co-authored by Reeta Ramamurthy Gupta.

Craig wasn’t the only star whom Mehra could not cast. He had approached Shah Rukh Khan to play the character of Flight Lieutenant Ajay Rathod, a role that was ultimately essayed by R. Madhavan, who won accolades for his acting.

“I took a flight to the US where Shah Rukh Khan was shooting for ‘Swades’ at NASA to sign him up for the part of Flt. Lt. Ajay Rathod,” Mehra recalls. “This was the shortest and most challenging role around which the whole film revolved. He loved the script but could not give dates from his busy schedule. Looking back, I think the part was meant to be played by R. Madhavan and what an outstanding role he played.”

From defaulting payments to getting a new producer, the filmmaker had to battle many odds to complete “Rang De Basanti”, which went on to become a defining statement against systemic corruption and win a slew of awards and nominations.