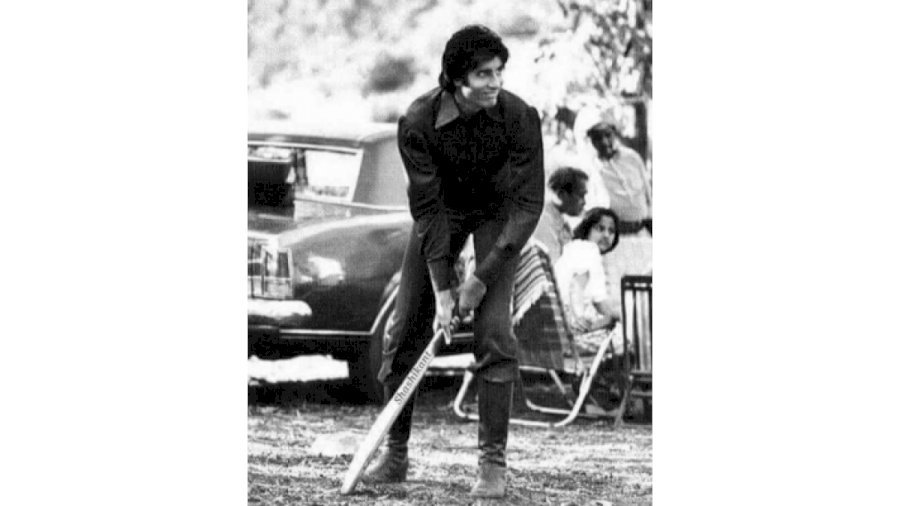 Mumbai : Amitabh Bachchan has shared a throwback photograph from behind-the-scenes of his film ‘Mr. Natwarlal’ that released in 1971. The megastar is seen playing cricket with a bat “too small for him”.

Amitabh on Thursday morning posted the black and white picture on Instagram that was taken at shoot location in Kashmir.

Alongside he wrote: “Cricket on location… while the shot is getting ready… Mr Natwarlal shoot in Kashmir ??? I think .. balla zara chota pad gaya (the bat is a little small).”

“Mr. Natwarlal” is an action comedy directed by Rakesh Kumar. It also stars Rekha, Ajit, Kader Khan and Amjad Khan. The highlight of the film was a children’s song sung by the cine icon. According to reports, the name of the film and lead character were inspired by a notorious Indian conman, Natwarlal.

The actor currently has “Brahmastra”, “Jhund”, “MayDay”, “Goodbye” and a remake of the Hollywood film “The Intern” coming up, besides an untitled film with Prabhas and Deepika Padukone.