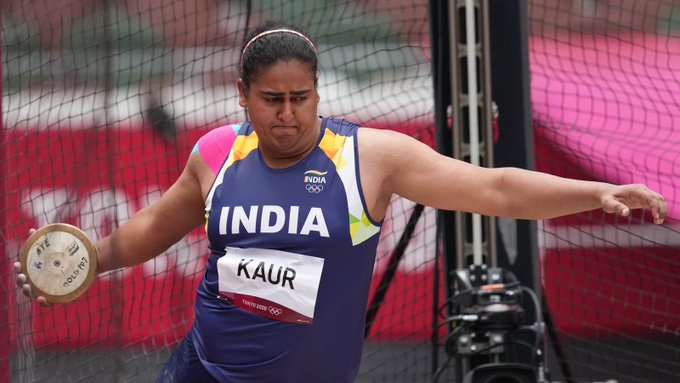 Tokyo,  Indian discus thrower Kamalpreet Kaur has finished a commendable sixth in the final of the women’s discus throw final at the Tokyo Olympics on Monday. Kamalpreet, on her Olympics debut, had a throw of 63.70m to be placed sixth.

Valarie Allman of the USA won the gold medal with a throw of 68.90m in her very first attempt. Valarie’s throw put her immediately on top of the competition, which proved not only to be enough for gold but more than 2.4 metres beyond anyone’s throw at the Olympic Stadium.

Germany’s Kristin Pudenz took the silver medal with a personal best throw of 66.86m on her fifth attempt. The bronze medal was clinched by reigning world champion Yaime Perez of Cuba, who hurled the disc to a distance of 65.72m on her first attempt.

Two-time defending champion Sandra Perkovic of Croatia, who was vying for a hat-trick of the yellow metal after 2012 London and Rio 2016, was fourth best with a throw of 65.01m.

Kamalpreet started off with 61.62m in her first attempt. Her second attempt was a foul. Rain brought a halt to the proceedings with Kamalpreet in seventh position.

After resumption, Kamalpreet’s throw of 63.70m took her from ninth to sixth place. Her fourth throw was invalid as her foot touched the rim of the circle.

The 25-year-old’s fifth throw got her a distance of 61.37m. Kamalpreet’s final throw was her third foul of the night as the discus landed well outside the radar.

Kamalpreet was only one of two athletes to meet the automatic qualification mark of 64m. She made the final from Group B ranked 2nd in qualification after Valarie’s throw of 66.42m.

Kamalpreet bettered Krishna Poonia’s throw of 63.62m, who came sixth in the final at the 2012 London Olympics.

Initially, Kirshna came seventh. But after silver medalist Darya Pishchalnikova tested positive for a banned anabolic steroid, her position was upgraded one place.

Seema Punia, the other Indian in the discus throw event at Tokyo, who was competing in her fourth Olympics, failed to make the cut for the final with a throw of 60.57m in the qualification stage. 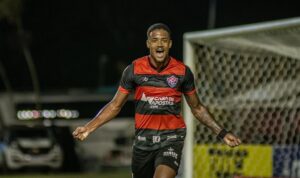 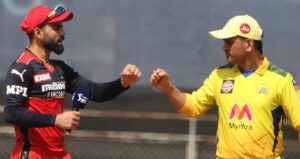 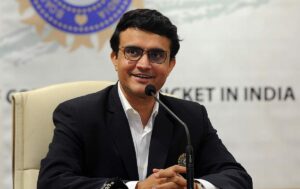 Sourav Ganguly has played a huge role in my batting: Venkatesh Iyer