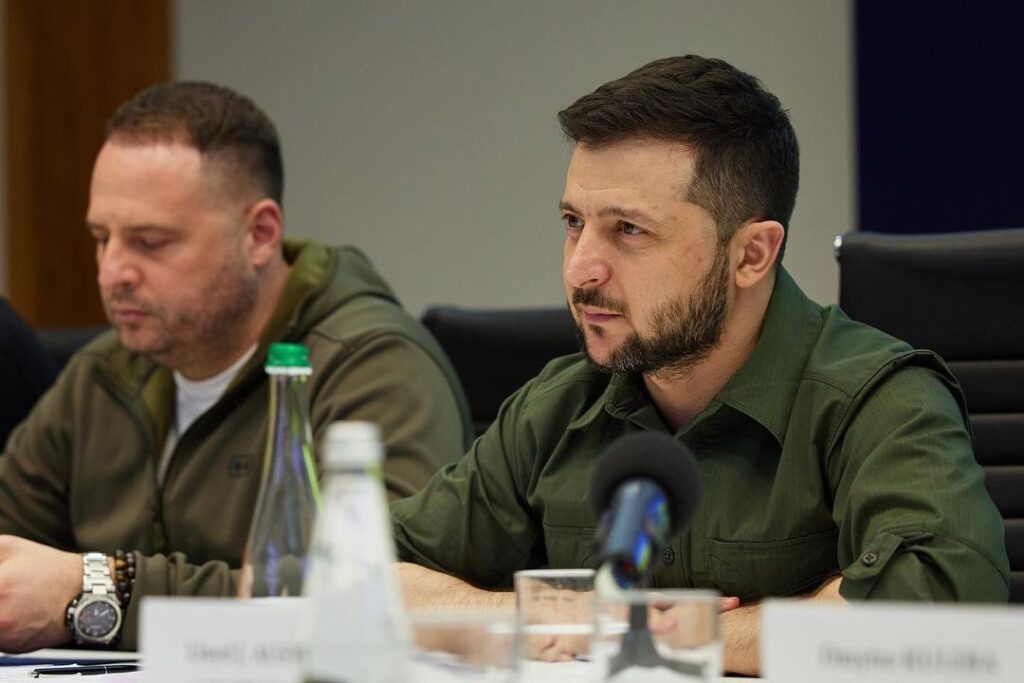 Kiev : Ukrainian President Volodymyr Zelensky has met with the leaders of France, Germany, Italy and Romania in Kiev to discuss his country’s prospects to join the European Union and the Russia-Ukraine conflict, the presidential press service reported.

At the meeting with French President Emmanuel Macron, German Chancellor Olaf Scholz, Italian Prime Minister Mario Draghi and Romanian President Klaus Iohannis, Zelensky briefed the European leaders about the situation on the frontline and the needs of the Ukrainian armed forces in the conflict with Russia, Xinhua news agency reported.

He also assured the European leaders that Ukraine stands ready to carry out the necessary work to gain full membership in the EU.

For his part, Macron said that Ukraine is part of the European family, and the leaders of the four countries support granting Ukraine the status of a candidate for EU membership.

Meanwhile, Scholz said that the candidate status is an important milestone in Ukraine’s European path, while noting that the country needs to meet certain criteria to join the 27-member bloc.

Iohannis stressed that European countries must create effective tools for rebuilding Ukraine after the conflict, while Draghi noted that the EU is demonstrating unity in its readiness to help Ukraine.

At their talks, the parties also touched upon the issues of economic support for Ukraine, the blockade of the export of Ukrainian grain, and fresh economic sanctions on Russia.

Macron, Scholz, Draghi and Iohannis arrived in Kiev earlier in the day for their first visit since the start of the Russia-Ukraine conflict on February 24.

On February 28, Zelensky signed an official appeal to the EU asking for the accession of Ukraine via a new special procedure. And on June 11, European Commission President Ursula von der Leyen said the commission will finalise the assessment on granting Ukraine EU candidate status by the end of this week.