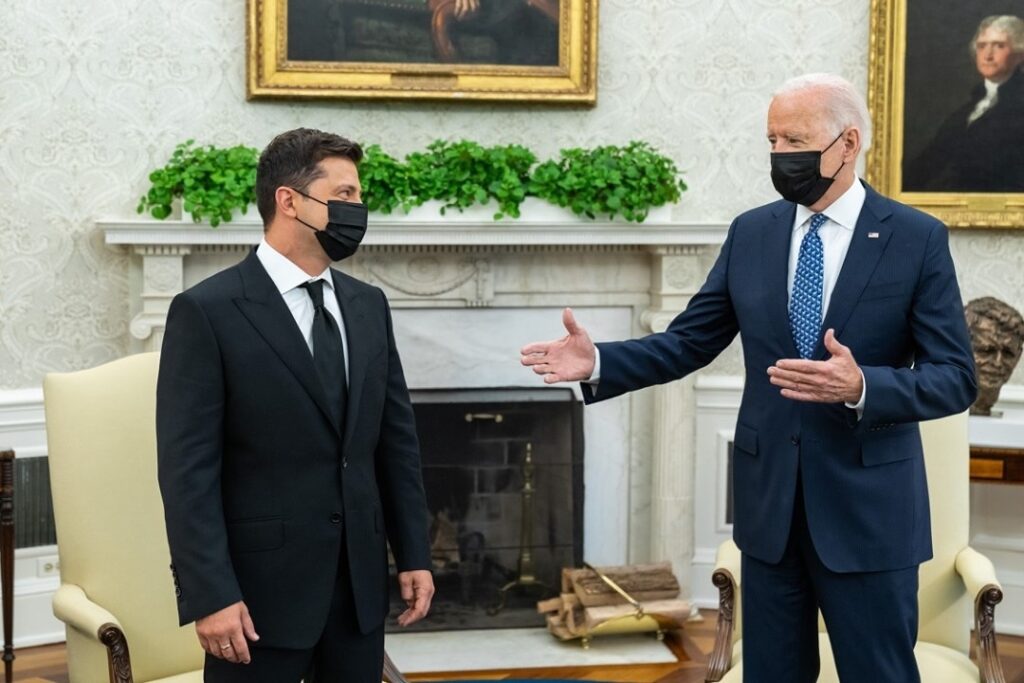 Washington : The US and Ukraine have signed a Strategic Defence Framework agreement, which is set to define a new stage of bilateral cooperation in the field of defence and security.

The deal inked on Wednesday during the visit of Ukrainian President Volodymyr Zelensky to Washington creates conditions for a significant strengthening of bilateral cooperation in defense and provides international legal support from the US for the sovereignty, territorial integrity and independence of Ukraine, Xinhua news agency reported.

At the beginning of their meeting on Wednesday in the Oval Office, Biden said “the US remains firmly committed to Ukraine’s sovereignty and territorial integrity in the face of Russian aggression and our support for Ukraine’s Euro-Atlantic aspirations”.

He announced an additional $60 million in security assistance to Ukraine, and the creation of a new strategic defence framework as well as an energy and climate dialogue.

Zelensky said in his remarks that he expected to discuss the security situation in Crimea and Donbas region in eastern Ukraine and the Nord Stream 2 gas pipeline project.

The meeting between the two leaders was initially scheduled on Monday but was delayed as the Biden administration was focused on the withdrawal from Afghanistan.

The visit came at a time of growing concerns in Kiev about its relations with Washington.

Before the visit, Zelensky expressed his frustration with Western allies’ hesitancy to greenlight Ukraine’s accession to NATO in an interview with The Washington Post and other media outlets.

Zelensky has been critical of America’s weakening opposition to the Nord Stream 2 gas pipeline, which will transport Russian gas to Germany.

Ukraine sees the project as a security threat.

Despite the long-time opposition, the Biden administration reached a deal with Germany that allowed the completion of the pipeline project.

Berlin agreed to support Ukraine to strengthen its energy sector and act against Russia if it weaponises the energy.