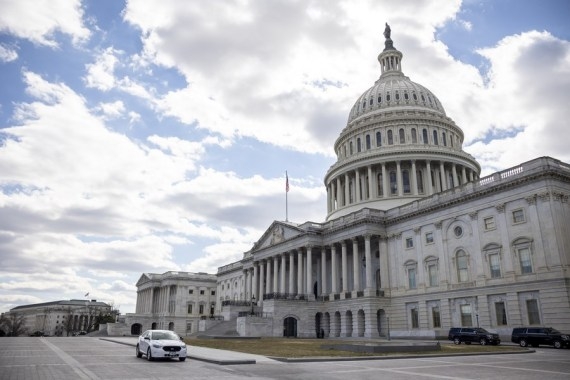 Washington,  US Democrats have unveiled the text of a $3.5 trillion budget plan, which aims to enact most of President Joe Biden’s social-spending agenda without Republican support, focusing on childcare, education, health care and climate policy.

In a letter on Monday, Senate Majority Leader Chuck Schumer told Democrats that the goal is for congressional committees to write legislation by September 15, before the House returns from its August recess, reports Xinhua news agency.

With the Senate split 50-50, Democrats must keep moderates, who could oppose elements of the agenda, on their side, and approve the massive spending bill using a process known as budget reconciliation.

The move came as the Senate is close to passing a roughly $1 trillion bipartisan infrastructure bill, after the upper chamber voted to clear a key procedural hurdle to advance the bill over the weekend.

The White House and a bipartisan group of Senators reached an agreement on the infrastructure bill after months of negotiations, which includes $550 billion in new spending on infrastructure projects.

Along with the infrastructure negotiations, Schumer and other Democratic leaders have been seeking to advance the $3.5 trillion spending plan in a separate bill without Republican support, calling it the “two-track strategy”.

Schumer said the chamber will approve the bipartisan infrastructure plan as soon as Tuesday, and then move immediately toward passing the Democrats-only budget measure.

In a tweet on Monday, Schumer said the Democratic budget will lower costs for Americans, cut taxes for American families, create millions of jobs while tackling the climate crisis, and “it’s paid for by the wealthy and corporations paying their fair share”.

“It’s time to cut taxes for American, middle-class families, not multinational corporations. That’s what Democrats are working to do in our budget resolution,” said Schumer.

“The American people will know where every Senator stands on a slew of bad ideas: New welfare without work requirements; Green New Deal mandates; Massive tax hikes; Amnesty amid a border crisis,” he tweeted.