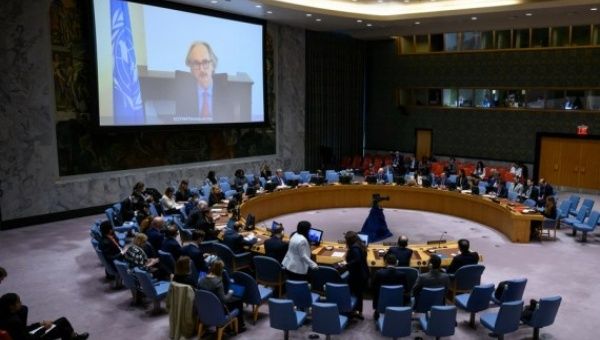 United Nations : The UN Security Council has welcomed the signing of a framework deal in Sudan to end political stalemate, and called on key political forces in the country to join the political process.

In a press statement issued on Thursday, the 15-member Security Council welcomed the signing of the deal, calling it “an essential step” towards the forming of a civilian-led government and defining constitutional arrangements to guide Sudan through a transitional period culminating in elections, Xinhua news agency reported.

The council members “stressed the importance of establishing a conducive environment for resolving outstanding issues through a peaceful and inclusive dialogue,” the statement said.

They also underscored the need for continued confidence-building measures and strongly encouraged key political forces that have not yet signed the agreement to join the political process, and emphasised the importance of providing them with further opportunities to do so, it added.

The council members encouraged the parties to start work without delay on the second phase of the process, including to address critical issues envisaged by the signatories to the framework agreement that foster peace and security in Sudan, said the statement.

They emphasised that a concerted effort to finalise negotiations and reach agreement on the formation of a civilian-led transitional government “was essential to address Sudan’s urgent humanitarian and economic challenges,” the statement added.