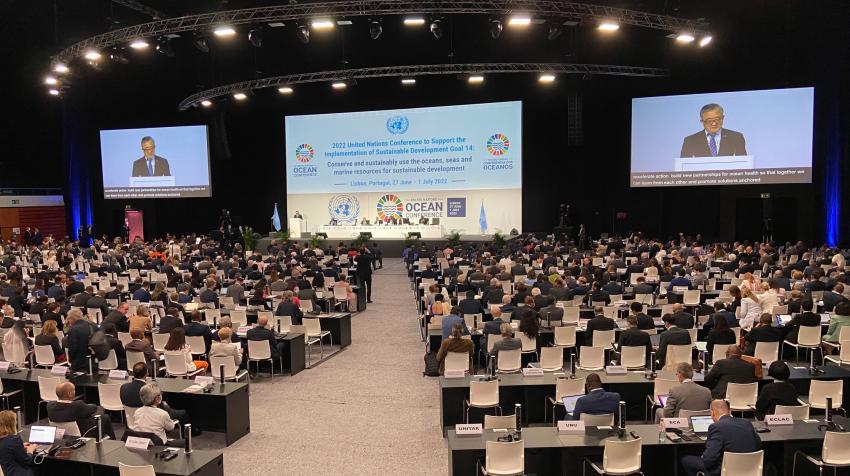 Lisbon : More than 150 countries reached an agreement and proclaimed the “Lisbon Declaration” aiming to scale up science-based and innovative actions to address the ocean emergency at the end of the UN Ocean Conference.

“Going forward, it will be important that we renew our focus on ocean action. We need to do this by focusing on improving the scientific basis for our decisions, by improving the science-policy interface, and by engaging in scientific partnerships that build capacity through mutual learning,” said UN Under-Secretary General for Economic and Social Affairs and Secretary-General of the conference, Liu Zhenmin on Friday.

At the conference, many countries and parties made more than 700 commitments to turn ideas into action. The “Protecting Our Planet Challenge”, which brings together philanthropic organisations worldwide, promises to invest at least $1 billion to support the creation, expansion and management of the marine protected areas and Indigenous and locally governed marine and coastal areas by 2030.

“The Conference has been an enormous success,” said Under-Secretary General for Legal Affairs and United Nations Legal Counsel, Miguel de Serpa Soares in his closing remarks.

“It has given us the opportunity to highlight critical issues and generate new ideas and commitments. But it has also shed light on the work that remains, and the need to scale this up and raise ambition for the recovery of our ocean,” he added.

More than 6,000 participants, including 24 Heads of State and government, and more than 2,000 stakeholders and representatives of civil society attended the conference, advocating for urgent and concrete actions to tackle the ocean crisis at the five-day conference