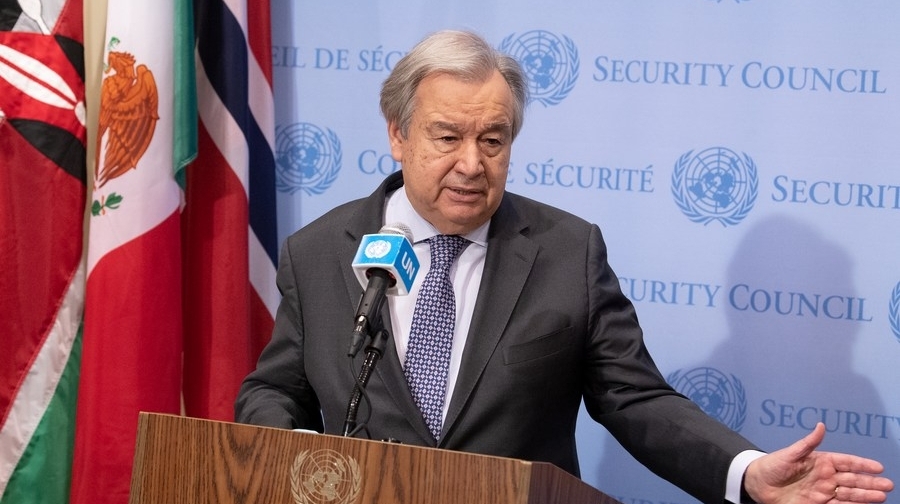 “The Earth is facing a triple planetary crisis. Climate disruption. Nature and biodiversity loss. Pollution and waste. This triple crisis is threatening the well-being and survival of millions of people around the world,” the top UN official said in his message for the International Mother Earth Day, which falls on April 22 annually.

Talking about the hope of making a turn for the better, Guterres said that 50 years ago, the world came together for the Stockholm Conference. “It was the start of the global environmental movement. Since then, we have seen what is possible when we act as one.”

“We have shrunk the ozone hole. We have expanded protections for wildlife and ecosystems. We have ended the use of leaded fuel, preventing millions of premature deaths. And just last month, we launched a landmark global effort to prevent and end plastic pollution. We have proven that together we can tackle monumental challenges. And the right to a healthy environment is gaining traction,” he said.

Guterres urged the international community to do more to “avert climate catastrophe.”

“We must limit global temperature rise to 1.5 degrees Celsius. We are far off track,” he said.

“To keep 1.5 degrees Celsius alive, governments must have cut emissions by 45 percent by 2030 and achieve carbon neutrality by 2050. Main emitters must drastically cut emissions starting this year,” he said.

The UN chief also stressed the importance of “speeding the deployment of clean renewable energy.”

“We must invest rapidly in adaptation and resilience, particularly for the poorest and most vulnerable who have contributed least to the crisis,” he said.

On the Stockholm+50 meeting scheduled for June, the UN chief said that “let us make sure our leaders bring the ambition and action needed to address our triple planetary emergency. Because we have only one Mother Earth. We must do everything we can to protect her.”

Stockholm+50 is an international meeting convened by the UN General Assembly to be held in Stockholm, Sweden on June 2-3. The meeting offers an opportunity for nations and stakeholders to collaborate, share expertise and address complex nexus issues for urgent actions and long-term system change.