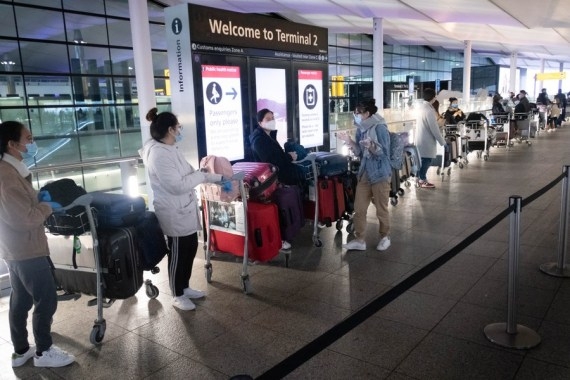 Johannesburg : A South African official said that he has written to the British Foreign Secretary to remove the country from the UK’s “red list” of travel for tourism recovery.

In a statement on Monday, David Maynier, Western Cape Province’s Minister of Finance and Economic Opportunities, said he wrote the letter on World Tourism Day about the matter, which is “deeply disappointing” and seems “manifestly unfair”, reports Xinhua news agency.

Only a British or Irish national, or a person who has residence rights in the UK are allowed to enter Britain if he or she has been in a country or territory on the red list in the last 10 days.

Maynier said this is “a significant barrier to economic recovery, specifically for the tourism sector in the Western Cape”.

Tourism and hospitality sector in Western Cape, a popular tourism destination in South Africa, has been hard-hit in 2020 due to Covid-19, with an estimated loss of over 75,000 jobs, official figures showed.

According to research conducted by the World Travel and Tourism Council (WTTC), the South African economy could face massive losses of more than $12 million every week if it’s on the UK’s “red list”.

On September 23, Alderman James Vos, Mayoral Committee Member for Economic Opportunities and Asset Management of Cape Town, said he has been in constant communication with UK officials about the “red list” and will raise the matter with the UK’s high commissioner.

According to Vos, Cape Town has long been a favourite destination for British travellers.

On Monday, South Africa reported 578 new Covid-19 cases, bringing down the average number of new cases over the seven preceding days to 1,912.

The country, which has the highest national tally of Covid-19 in Africa, has reported 2,897,521 confirmed Covid cases in total, with 87,216 deaths.