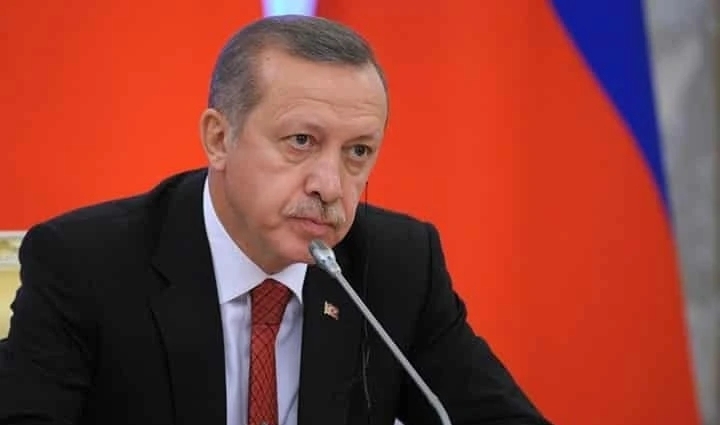 Ankara : Turkish President Recep Tayyip Erdogan has said that his country will continue to support the Palestinian cause even as the government is developing ties with Israel.

“The steps we take for our political-economic relations with Israel … are different” from the Palestinian cause, Erdogan told his lawmakers at parliament.

Turkey will not abandon its support for Palestinians because of its political, cultural and economic relations with Israel, the Turkish President was quoted as saying by Xinhua news agency.

“This does not mean that we will turn a blind eye to the occupation in Jerusalem and other Palestinian territories,” he said.

The effective way to defend the Palestinian cause is to have a “reasonable, consistent and balanced” relationship with Israel, Erdogan added.

The tension between Israelis and Palestinians has flared up in the West Bank and East Jerusalem over the past weeks, especially when the Jewish festival of Passover began on Friday during the Muslim holy month of Ramadan.

In a phone call with his Israeli counterpart Isaac Herzog on Tuesday, Erdogan urged Herzog not to allow “provocations and threats” against the status and spirituality of the Al-Aqsa Mosque in Jerusalem, according to a Twitter post by Erdogan.

Turkey and Israel have been trying to mend ties in the past few months.

The relations between the two countries were strained in 2010 when a Turkish-led flotilla attempting to break Israel’s blockade on the Gaza Strip clashed with Israeli forces, leaving 10 Turks on board killed.

In a more recent spat in 2018, Turkey expelled the Israeli ambassador after Israeli forces killed Palestinians during protests on the Gaza border against the opening of the United States Embassy in Jerusalem.