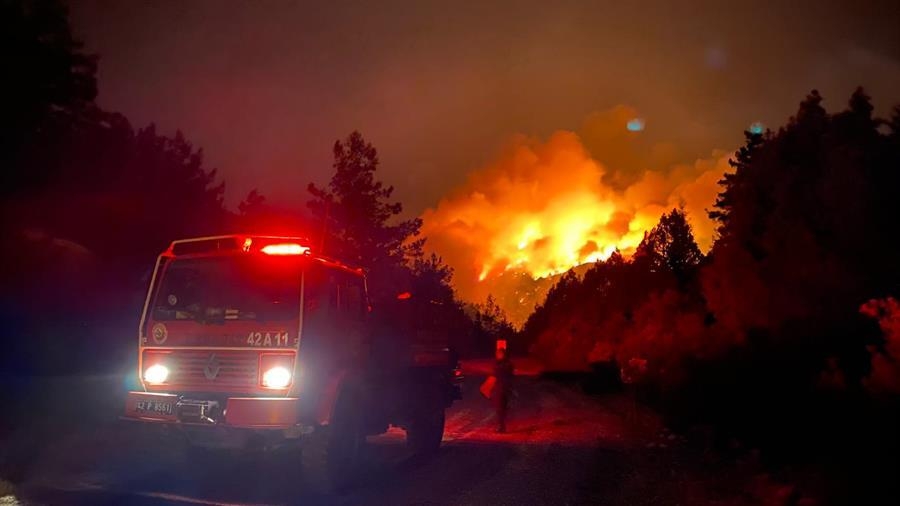 Ankara,  Turkish authorities have banned entrances to forest areas in the western provinces of Izmir and Balikesir amid the ongoing wildfires across the country.

Agriculture and Forestry Minister Bekir Pakdemirli announced that 58 forest fires have erupted in 17 provinces of Turkey since Wednesday, and 38 of them have been taken under control.

Pakdemirli also noted that a large-scale investigation was launched into the cause of the blazes.

Earlier in the day, forest fires erupted in the southwestern Turkish resort towns of Marmaris and Bodrum, threatening tourism facilities and residential areas.

According to officials, a massive forest fire that broke out in the southern province of Antalya on Wednesday has left at least three people killed.