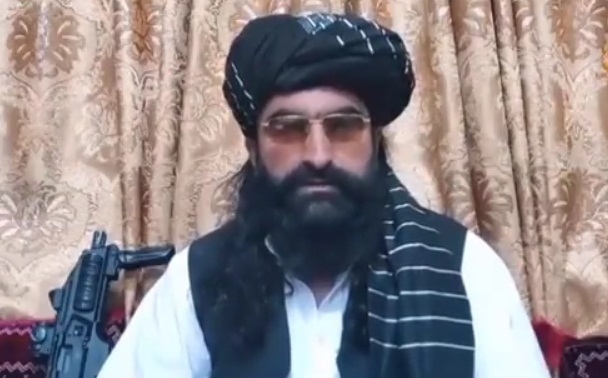 Peshawar : The chief of the Tehreek-e-Taliban Pakistan (TTP), Mufti Noor Wali Mehsud, has said that while peace talks with Pakistani negotiators are ongoing, the group will not budge on its key demand for the reversal of erstwhile FATAs merger with Khyber-Pakhtunkhwa (KP), Express Tribune reported.

The talks are being held with the Afghan Taliban acting as mediators. The TTP is represented by Mehsud and the Pakistani side is represented by the Peshawar Corps Commander, claimed the leader of the proscribed group, Express Tribune reported.

It was earlier reported in May that a Pakistani delegation led by Peshawar Corps Commander Lt General Faiz Hameed visited Kabul and reportedly held talks with the representatives of the banned Tehreek-e-Taliban Pakistan (TTP), according to Afghan journalists and sources, Express Tribune reported.

However, there was no official confirmation from either side about the development but reports suggested that it was part of a renewed push by the Afghan Taliban to broker some kind of a deal between Pakistan and the TTP.

“Faiz Hameed, head of Peshawar army corps command, along with his delegation had arrived in Kabul for negotiations with the TTP,” Afghan journalist Bill Sarwary tweeted, Express Tribune reported earlier.

The TTP is a banned umbrella group of terrorist outfits which currently operates out of its safe haven inside Afghanistan. It has claimed credit for most terrorist attacks in Pakistan since its inception in 2007.

In an interview uploaded on YouTube, the TTP chief alleged that the negotiation process is being threatened by continuing raids and arrests of TTP men by Pakistani security forces.

Mufti Noor Wali Mehsud took over as TTP chief following the death of his predecessor, Mullah Fazlullah � nicknamed Mullah Radio � in a US drone attack inside Afghanistan in 2018.

He further said that only “rational demands” from the Pakistani side would be accepted, referring to Islamabad’s demand of laying down arms and accepting the Constitution. He added that “uncalled for demands” will not be accepted.

When asked whether the TTP had suffered losses in recent attacks, Mehsud declined to reveal details. He, however, admitted infighting within the TTP saying that attacks against Pakistan and its interests were due to the group’s restructuring and internal struggles between members of the group.

He sought to dismiss the notion that the Afghan Taliban had persuaded Pakistan to restart negotiations. The TTP chief stated that if the talks failed, it would be “natural” for war to be waged by both sides, Express Tribune reported.

The TTP chief called the reversal of FATA merger as a central demand of the outlawed group. “The success of the talks mainly relies on Pakistan, if they show seriousness and remove hurdles in meeting our demands, it could be successful”.

Referring to the demand by the PPP to have the dialogue process approved by parliament, the TTP leader said the two sides had already finalised their demands and added that the issue was not of concern to the TTP.

“We know that the security forces are the real power centre in the state of Pakistan,” the chief of the banned organisation stated, the report said.