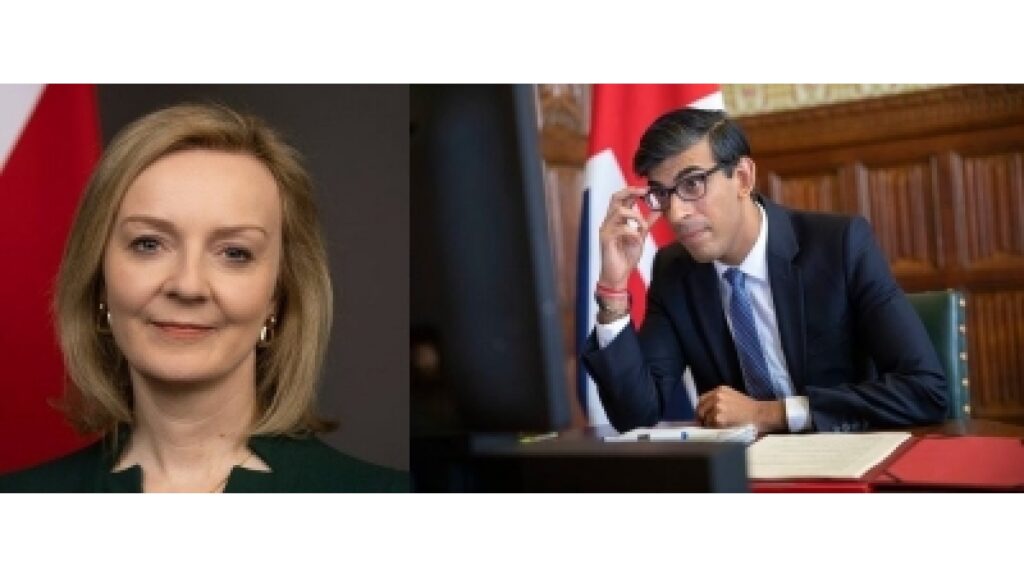 Truss or Sunak will be elected as Conservative Party leader on September 5, the day the Commons returns from its summer recess, and therefore also become Prime Minister, reports dpa news agency.

Johnson continues to serve in a caretaker capacity in the meantime, after resigning earlier this year.

Allies of Truss, the incumbent Foreign Secretary, have insisted she is committed to helping families struggling with soaring bills as the leadership contenders clashed again over the cost-of-living crisis.

The former Chancellor has launched a fresh attack on Truss’s plan for tax cuts in an emergency budget describing it as a “big bung” for large businesses and the better off which would do little to help those most in need over the coming winter.

However, Northern Ireland Secretary Brandon Lewis, who is backing the Foreign Secretary, said they would look to do “whatever we can” to help people under pressure from rising inflation.

Truss’s team was forced on the defensive after she suggested at the weekend that there would be no “handouts” if she won the race for No 10, as the seat of government is known, and that her priority was reducing the tax burden.

Her supporters insisted that her comments had been misinterpreted and that she was not ruling out further direct support for families struggling with mounting energy bills.

But Sunak said her plans to scrap the national insurance hike, which he brought in as chancellor to fund the NHS and social care, would leave someone on the national living wage less than 60 pounds a year better off while pensioners would not get a penny.

Writing in The Sun, he said that her proposed cut in corporation tax would do nothing to help small businesses and would simply put money back in the coffers of the biggest companies with the largest profits.

With the Bank of England forecasting inflation is set to hit 13 per cent, with average household energy bills predicted to reached almost 4,000 pounds, Sunak said his rival’s measures “won’t touch the sides”.

“Families are facing a long, hard winter with rising bills. Yet Liz’s plan to deal with that is to give a big bung to large businesses and the well-off, leaving those who most need help out in the cold,” he said.

“These tax cuts simply won’t touch the sides. We need clear-eyed realism, not starry-eyed boosterism. That means bolder action to protect people from the worst of the winter.”

Former Conservative party co-chairman Oliver Dowden, who is backing Sunak, said that while Truss was putting her emphasis on tax cuts, the former chancellor accepted the need for “bold, big interventions”.

“We need to be realistic and honest with people about the scale of the challenge that we’re facing,” he told Sky News.

“Both with the scale of inflation that’s coming down the line, something we haven’t seen for almost 40 years and with the fact that energy bills are going to go up, possibly towards 4,000 pounds.

“There is no doubt that we do need an intervention of a considerable scale to deal with this.”

“We will look to do whatever we can to help people, that’s what an emergency budget is about,” he told the BBC Radio 4 Today programme.

“She’s willing to do more to help people but her focus is around doing it in a way that puts more money in people’s pockets, creating a high-growth economy with higher wages, more people in work.

“So rather than having handouts, what we do is have a low-tax economy that’s driving growth and therefore with people having more money in their pockets, they’re better placed to deal with some of the challenges that we see.”

Lewis said it was still possible deliver tax cuts while dealing with inflation.

“I think it’s a false premise to argue that you can’t deal with inflation whilst making sure that people are better off at the same time.