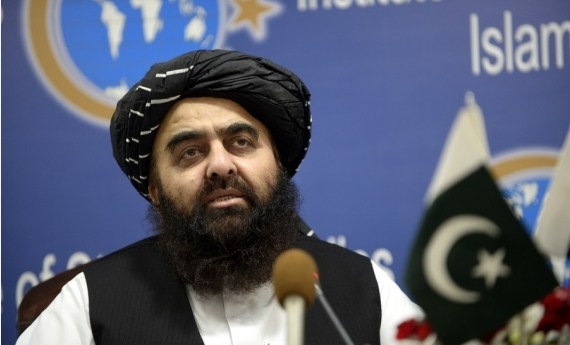 Tehran/Kabul :  With a 26-member delegation, the Taliban’s acting Foreign Minister Amir Khan Muttaqi arrived in Tehran for talks with Iranian officials on political, economic and transit issues, as well as on the Afghan refugees in Iran, media reports said.

This is the first official visit of a high-ranking Taliban delegation to Iran since it took over Afghanistan in August 2021.

in November 2021, an Iranian delegation had visited Kabul during which the two sides discussed bilateral issues.

“What is most emphasised in Afghanistan by Iran and neighbouring countries is the formation of an inclusive government that reflects the ethnic and demographic diversity of Afghanistan,” Xinhua news agency quoted Iranian Foreign Ministry spokesman Saeed Khatibzadeh as saying to reporters on Saturday hours before the Taliban delegation’s arrival in Tehran.

The Iranian government will hand over the Afghan embassy in Tehran to the Taliban, Asr Iran news said in a report.

“The Iranian government has not yet recognized the Taliban government, but it will hand over the Afghan embassy in Tehran to the Taliban to look after the affairs of Afghan citizens in Iran,” it said.

Before leaving Kabul, Mutaqqi told reporters earlier on Saturday that “we will try to form agreements with Iran on trade, economic, and political issues and we hope to have a fruitful visit”, TOLO News reported.

Meanwhile, acting Minister of Industry and Commerce Nooruddin Azizi said they will talk with Iranian officials on importing gas and fuel from Tehran to Kabul and will sign large contracts in this regard.

“We will work to sign big contracts on fuel so our private sector can buy and import goods to meet the demands in the market and decrease the prices,” TOLO News quoted Azizi as saying.

“The private sector is also included in this visit and Iran will invest in Afghanistan’s energy and mining sector,” said Sakhi Ahmad Paiman, deputy head of the Chamber of Industry and Mines.