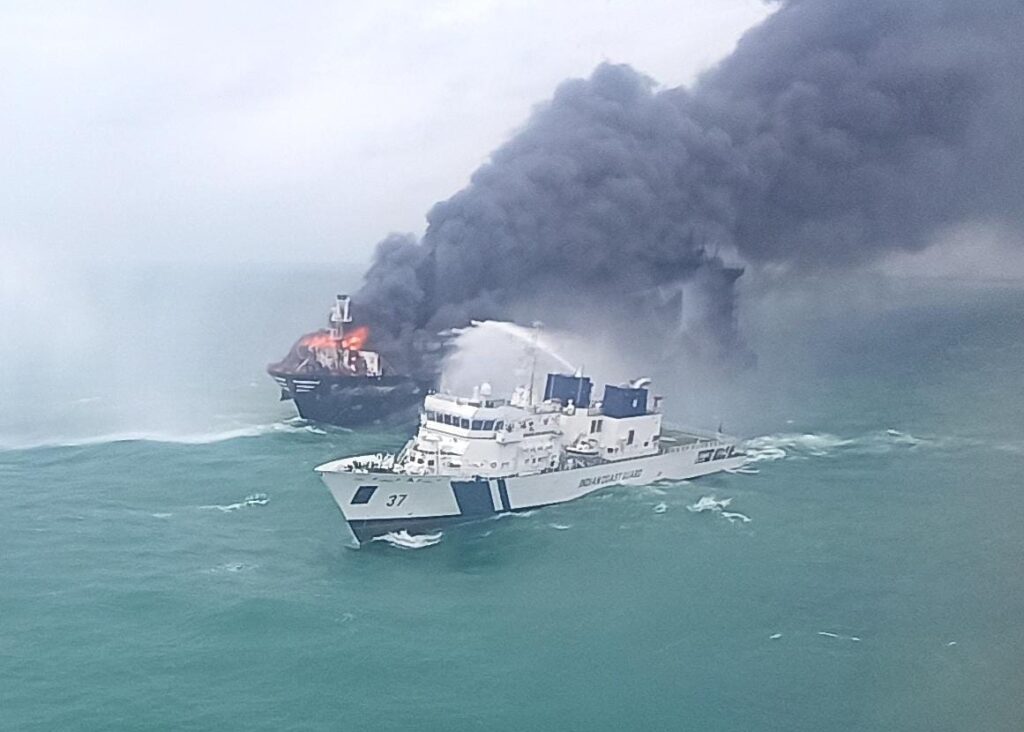 Colombo, Sri Lankan authorities fear a possible oil spill from a Singaporean container ship on fire off the country’s western coast as the upper deck of the vessel was completely destroyed, officials said on Thursday.

The fire, which broke out on May 20 on the MV X-Press Pearl, was beyond control and spreading inside the vessel anchored 10 nautical miles off the main Colombo port, reports dpa news aency.

Firefighters are trying to control the fire around the engine room and prevent an oil spill, as the vessel has nearly 300 tonnes of fuel in its tank, navy spokesman Indika Silva said.

But Sri Lankan authorities, including the Marine Environmental Protection Authority (MEPA), were preparing to mitigate damage in the event of an oil spill.

“There is a possibility of an explosion occurring in the ship as the fire continues. We have put in place oil spill management plans to control damage from an oil spill,” MEPA general manager Turney Pradeep Kumara said.

Debris and chemicals have already fallen into the sea and washed ashore in areas up to 20 nautical miles away from the container ship.

Residents have been strictly warned not to collect items washed ashore, but many of them ignored the warnings and were seen collecting the items.

The vessel, registered under the Singaporean flag, was en route from the Indian port of Hazira to Singapore, via Colombo, with 1,486 containers, most of them carrying chemicals, including 25 tonnes of nitric acid.

On Tuesday, the Sri Lanka Navy said it had rescued 25 crew members from the cargo ship.

Two injured Indians among the rescued had been hospitalised for treatment, according to the Navy.

The distressed container ship had a crew who are Philippine, Chinese, Indian and Russian nationals.