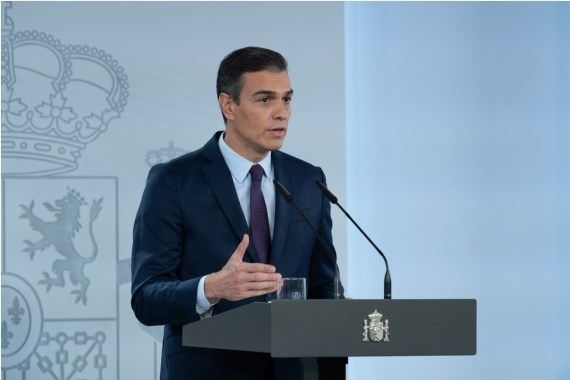 Madrid,  Spanish Prime Minister Pedro Sanchez said that his government is considering easing compulsory mask-wearing, and facemasks will no longer be obligatory outdoors from June 26.

Addressing an event in Barcelona on Friday, he said that the government is going to bring up the proposal on June 24 at the cabinet meeting, reports Xinhua news agency.

“This will be the last weekend with facemasks outside, because from June 26 we will no longer have to wear them in open spaces outside,” Sanchez added.

Spain has had strict rules regarding facemask use for just over a year, with everyone aged six and over being obliged to wear them (unless they are doing exercise), even at places where a two-metre safe social distance can be observed.

Sanchez’s announcement comes as the vaccination campaign continues to have a positive effect in Spain.