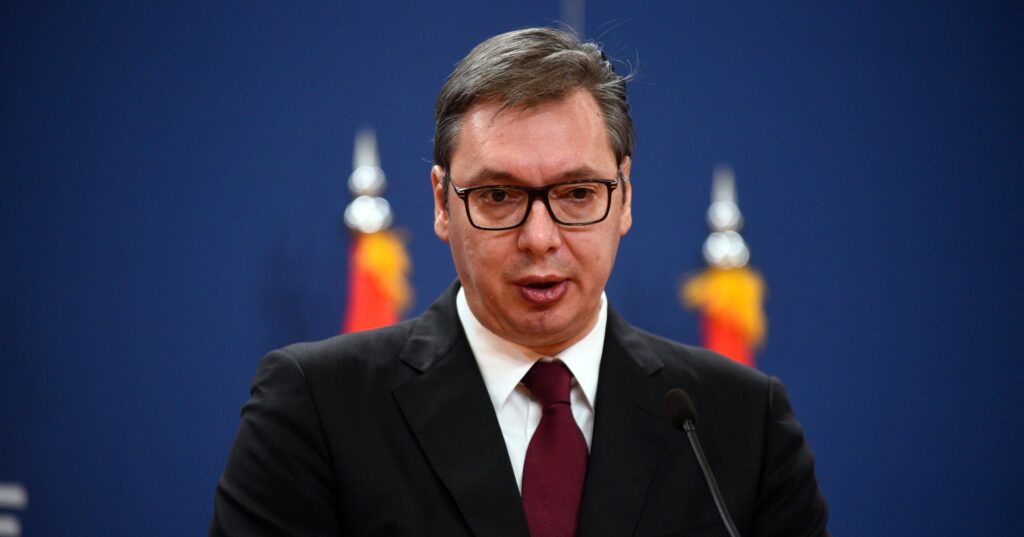 Doljevac (Serbia),  Serbian President Aleksandar Vucic on Tuesday received the second dose of the Chinese Sinopharm Covid-19 vaccine here in southeastern Serbia and expressed gratitude to China and the Chinese people for “enormous support and help.”

After taking the jab at the health station in the village of Pukovac, Vucic invited all people to follow his example and further speed up the immunisation campaign, the Xinhua news agency reported.

After the vaccination, the President, on behalf of the Serbian people and in his own name, sent his message of gratitude to the Chinese people and leadership.

“We are very grateful to China and the Chinese people for enormous support and help, for the vast quantity of vaccines that we received,” Vucic said. “We hope that we will also improve cooperation on vaccine manufacturing, as well as in genetic sequencing, in cooperation with the BGI.”

He said that the vaccination did not hurt at all, and appealed for the public to receive it because in this way “you protect your own life and the lives of many other people.”

When receiving the fifth batch of the vaccines from China on Monday, Serbian Prime Minister Ana Brnabic said that it would help the country inoculate 37 per cent of its population by the end of April, and hopefully put a full stop to the epidemic during May and June.

One month after a serious peak in the daily number of new infections, Serbia on Monday once again reported under 2,000 new cases. Schools and shopping malls opened here in mid-April. Restaurants and cafes can serve outdoors.