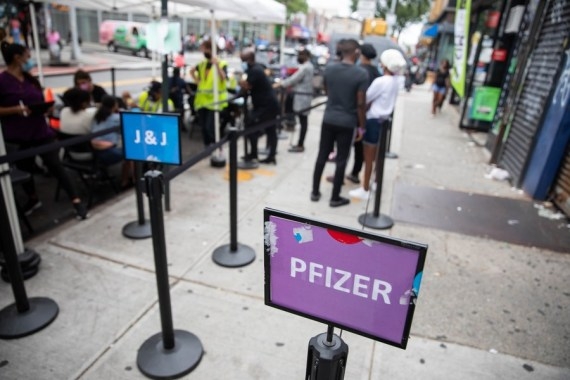 Riyadh : Saudi Arabias Ministry of Industry announced on Tuesday the signing of a memorandum of understanding (MoU) with the Pfizer Foundation to manufacture viral and genetic vaccines in the Kingdom.

The pact was inked on the sidelines of the first day of the Riyadh Global Medical Biotechnology Summit 2021 (RGMBS), which is being held under the auspices of Crown Prince Muhammad Bin Salman. Minister of the National Guard Prince Abdullah Bin Bandar inaugurated the virtual event, the Saudi Gazette reported.

The Ministry of Industry said that the tripartite MoU, which was signed between the Ministry of Industry, the King Abdullah International Medical Research Center (KAIMRC) and the Pfizer Foundation, aimed at building the foundations for the manufacture of viral and genetic vaccines in the Kingdom, as well as providing technical support for the establishment of the human cell platform.
The RGMBS is organized by KAIMRC at the Department of Health Affairs of the Ministry of National Guard in cooperation with the Health Sciences Faculty of King Saud University.

Several eminent international speakers who are pioneers and leaders of biotech companies at international levels are addressing the summit. The three-day event is discussing the role of biotechnology in developing medicines, vaccines, and cellular and genetic treatments.

The deliberations of the summit also include models and opportunities for developing biotechnologies, as well as industrial and academic collaborations and challenges that affect Saudi Arabia and the world.

KAIMRC, a subsidiary of the National Guard Health Affairs is a young and thriving organization that has evolved to accomplish immeasurable success in a short period of time, and its purpose is to transform lab results into products that improve the quality of life, while training skillful researchers within the healthcare community.