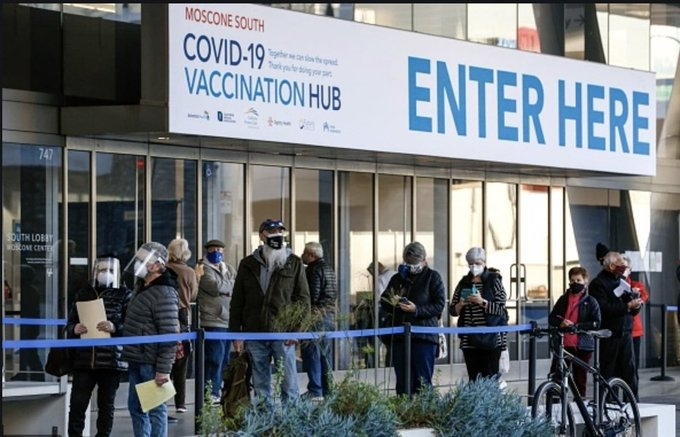 San Francisco : San Francisco, along with other Bay Area counties in the US state of California announced to revoke mask mandate exemptions for fully vaccinated people in non-household settings such as offices and gyms, as Covid-19 cases continue to surge due to the highly contagious omicron variant.

San Francisco, Marin and Alameda counties on Wednesday rescinded the exemptions that they preserved just two weeks ago, following California’s reinstatement of a universal mask mandate. The counties’ new orders take effect at 12:01 a.m. on Thursday.

Contra Costa County had made a similar move to revoke exemptions on Tuesday.

San Francisco reported 805 cases, the highest single-day total ever on Tuesday, according to state data and analysis by San Francisco Chronicle.

“Actual numbers are certain to be higher because many people are taking home antigen tests and not reporting the results,” the San Francisco Chronicle said in a report.