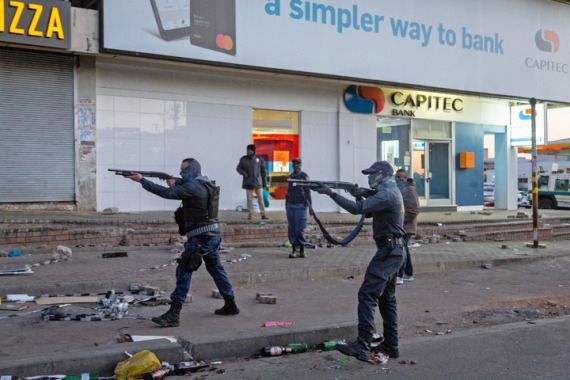 Cape Town: The Parliament of South Africa has said that it has been informed by President Cyril Ramaphosa about extending the mission of troops who are authorised to fight against last month’s unrest.

The South African government deployed 25,000 army members since July 12 in cooperation with the police after the unrest, which was triggered by former South African president Jacob Zuma’s imprisonment, leading to loss of lives, road blockades and damage to properties and vehicles, the Xinhua news agency reported.

Ramaphosa in his correspondence told the parliament that 10,000 of the deployed members of the South African National Defence Force will continue to cooperate with the South African Police Service in the prevention and combating of crime and preservation of law and order within the country, at least until Sept. 13, the parliament said in a statement issued here.

The extension is expected to cost nearly 255 million rands (about 17.1 million U.S. dollars), in addition to over 615 million rands planned for the initial deployment.

Zuma was serving a 15-month sentence in prison since July before he was hospitalized outside the prison for medical observation and undergone a surgical procedure.