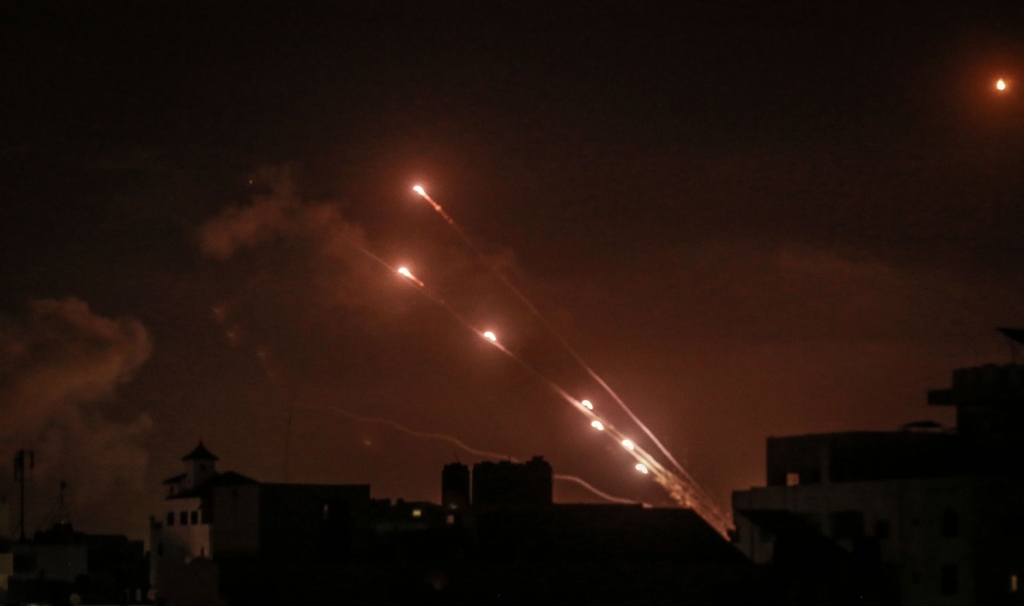 Jerusalem : One rocket was fired from the Gaza Strip into Israeli territory on Wednesday night, a second time in one week, the Israeli army said in a statement.

The rocket triggered sirens in the areas near the besieged Palestinian enclave, Xinhua news agency reported, citing the statement.

The rocket landed in the southern Israeli town of Sderot and was not intercepted by Israel’s aerial defense system, according to another statement from the Israeli police.

Local media said a house was damaged by the shrapnel of the rocket.

No group has claimed responsibility for the attack.

It was the second time a rocket was fired from Gaza into Israeli territory this week. A rocket was launched from the Gaza Strip into Israel on Monday night, which was the first time in the last four months. As a response, Israeli fighter jets bombarded military facilities in the southern Gaza Strip early Tuesday.

The rocket launch came amid clashes that broke out in Jerusalem between Arabs and Jews just hours after police stopped a flag march organized by Ultra-nationalist Israelis from reaching the Damascus Gate of Jerusalem’s Old City.

The tension between Israel and the Palestinians has flared up in the West Bank and East Jerusalem over the past three weeks as the Jewish festival of Passover overlap with the Muslim holy month of Ramadan.