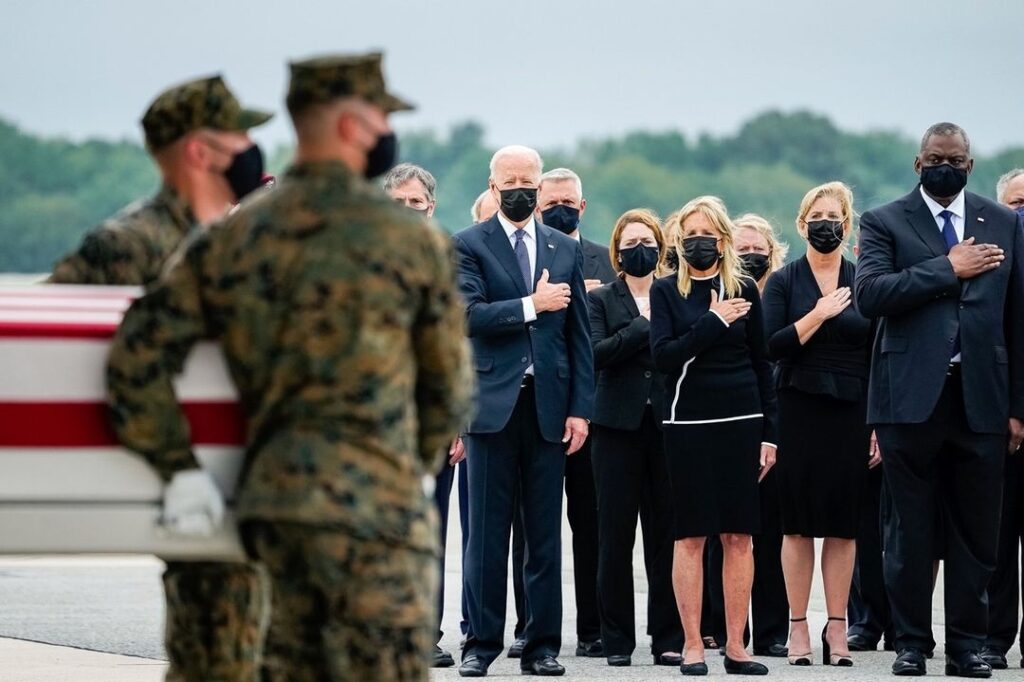 Washington : US President Joe Biden attended a solemn ceremony at a base in his home state of Delaware where the remains of 13 troops killed in the August 26 Kabul bombings returned to American soil.

The President and First Lady met privately with the families of the victims before observing flag-draped cases carrying 11 service members’ remains were loaded into vans.

The remains of two other fallen US service members were being brought home privately at the request of their families.

Nearly 200 people, including the 13 service members, were killed in a terrorist attack near the gates of Hamid Karzai International Airport in Kabul as US forces were working to evacuate Americans and allies from Afghanistan.

The IS-K, a local affiliate of the Islamic State terror group, claimed responsibility for the carnage.

The Pentagon on august 28 released the names of the fallen troops, mostly aged from 20 to 25 years old.

The White House said that around 111,900 people had left Afghanistan since August 14.

The US pullout from Afghanistan is set to be completed by August 31, the deadline set by President Joe Biden.