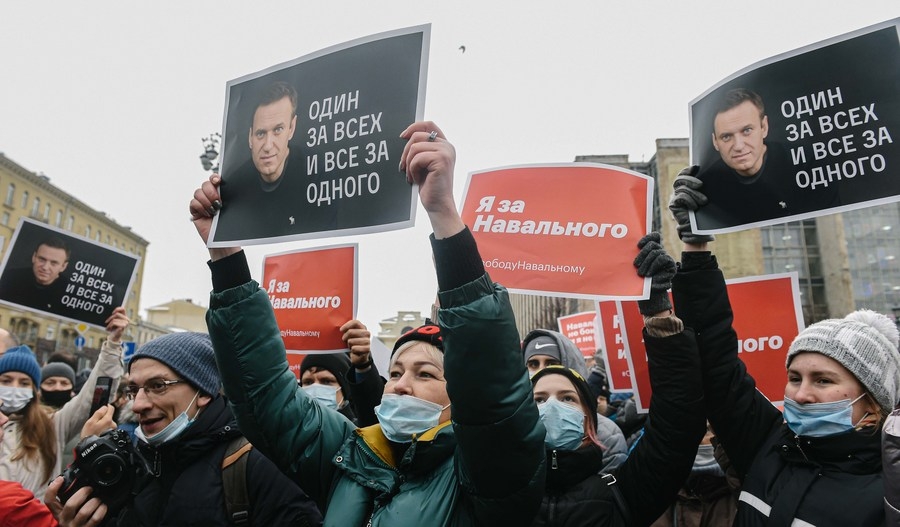 Navalny’s team has said the 44-year-old’s health is quickly deteriorating at the prison camp where he is being held, DPA reported.

They announced protests in more than 160 Russian cities and towns to draw attention to his plight and clamour for prison authorities to allow him access to independent doctors.

The leading opposition figure, who narrowly survived an assassination attempt last year, has been complaining of severe back pain and paralysis in his arms and legs.

To protest a lack of medical care, he went on hunger strike about three weeks ago.

In several Russian cities, authorities sealed off city centres ahead of the planned protests.

In the city of Yekaterinburg, the local administration announced the temporary closure of several streets at short notice, citing a night-time military exercise.

In Moscow, numerous metal barriers were erected not far from Red Square.

Nearby, not only were Navalny supporters planning to demonstrate in the evening, but President Vladimir Putin was also scheduled to deliver his annual address to the nation in the afternoon.

The city of Moscow had warned against participation in the unauthorized demonstrations and announced that it would take “all necessary measures” to ensure public order.