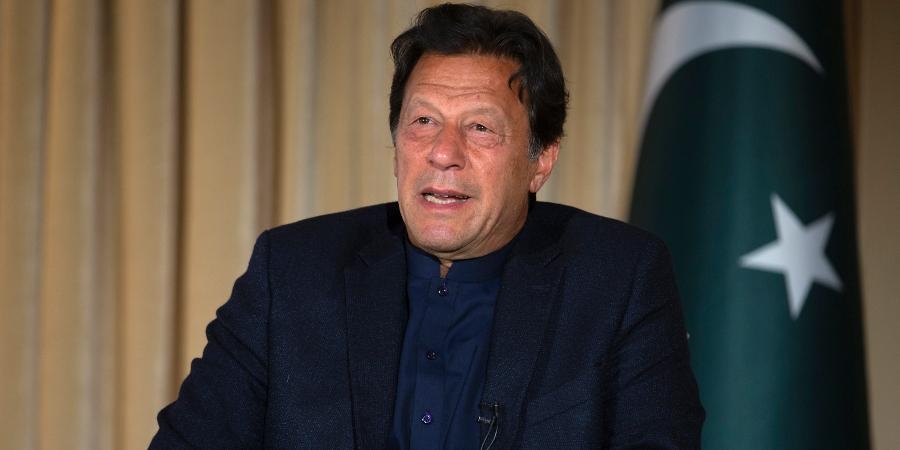 Islamabad,  Prime Minister Imran Khan on Tuesday indicated that the government might go for complete lockdown in coronavirus-hit cities and stressed the need for smooth supplies of food items during lockdown.

“The Prime Minister has directed that food supplies should be improved if we go for complete lockdown,” said federal Information Minister Fawad Chaudhry in a press conference after weekly cabinet meeting.

The cabinet meeting, presided over by the Prime Minister, decided that Iran would be asked to export oxygen to Pakistan for Covid-19 patients on humanitarian basis by relaxing the ban the neighbouring country had imposed on oxygen export due to the alarming situation of Covid-19 it was facing, the Dawn reported.

Keeping in view the Covid-19 catastrophe in India, the meeting also decided to increase local production of oxygen by 250 tonnes per day and reduce use of oxygen in some industries. On this, Minister for Industries Khusro Bakhtiyar is holding an important meeting on Wednesday with all stakeholders.

Meanwhile, a cabinet member, who did not want to be named, told Dawn that the government feared that it would have to impose complete lockdown if the intensity of spread of coronavirus increased by 14 per cent and above.

Then the government would have no other option but to impose complete lockdown, he added.

He said the government had decided to supply 250 additional tonnes of oxygen to the hospitals through which 2,500 chronic coronavirus patients could be treated.

The cabinet member said that Foreign Minister Shah Mahmood Qureshi, who had recently returned from Iran, informed the meeting about worst pandemic situation in Iran and said he had asked Iranian government for supply of oxygen to Pakistan.

Qureshi asked the prime minister to take measures to convince Iran to lift ban on oxygen export to the extent of supplying it to Pakistan. He said that the government was also considering import of oxygen from China.

Fawad Chaudhry said that as oxygen could not be airlifted therefore it would be imported by road which meant it would take six to seven weeks to reach to the country.

He said that the Khyber Pakhtunkhwa government had imposed complete lockdown in Mardan city where positivity rate had gone up to 40 per cent. “The city has become a threat to the adjoining towns and cities,” he added.

The minister said, “The prime minister while chairing a meeting of National Coordination Committee, had observed that in case complete lockdown was imposed, the government would have to ensure supply of essential commodities.”

The minister said that Special Assistant to the Prime Minister on Health Dr Faisal and Minister for Planning Asad Umar briefed the cabinet about the latest coronavirus situation in the country and said around 5,000 Covid-19 patients were in critical condition, which was the highest number as compared to the last two peaks of the contagion when the maximum number of serious patients remained 3,400.

Chaudhry said that currently Pakistan was producing 792 metric tonnes of oxygen on daily basis to meet the requirement of Covid-19 patients. The situation in the country would have been different had it not allocated additional 7,000 ventilators for Covid-19 patients and doubled the production of oxygen during the last one year.

About the vaccination, he said that so far two million people had been vaccinated. The vaccine was fully safe for human health, he said and urged the people to get themselves vaccinated against the virus as around one billion people across the world had so far been immunised against the disease.

He said that 3.7 million doses of the coronavirus vaccine were available in the country and now people of forty years of age and above were eligible for vaccination.