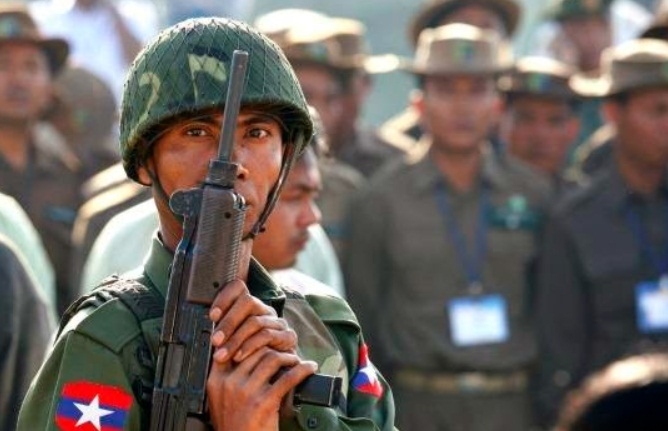 Kolkata: The residents of Kani township in Myanmar’s Sagaing Division have paid a heavy price for resisting the entry of Burmese soldiers into the town last month.

The Kani defence force comprising citizens fought the troops with hunting rifles and catapults for four days before their activists fled to the neighbouring hills bordering Manipur and Nagaland.

Two soldiers were killed before the fighters ran out of bullets and fled into the hills.

One of their commanders, who calls himself U Ba Thien, said that the Tatmadaw (Burmese army) rounded up 22 of the resistance fighters during relentless combing operations.

At least 16 residents may have been killed by the troops, Thien said.

He said they were lined up and shot dead in a forest near the Yin village and Kone Thar village in Kani township, Yinmarpin district, Sagaing Region.

Fourteen victims were from the Yin village, one from Minkin township and the other from another region.

Nothing is known of the whereabouts and fate of the others who were rounded up.

Many of the surviving family members are reluctant to mention the names of the dead to the media, fearing that the military junta will retaliate.

Civilian resistance groups have sprung up all over Myanmar and many have made news by their dogged resistance in townships like Mindat (Chin Hills) or Kani (Sagaing). Many soldiers and policemen have also joined hands with them.