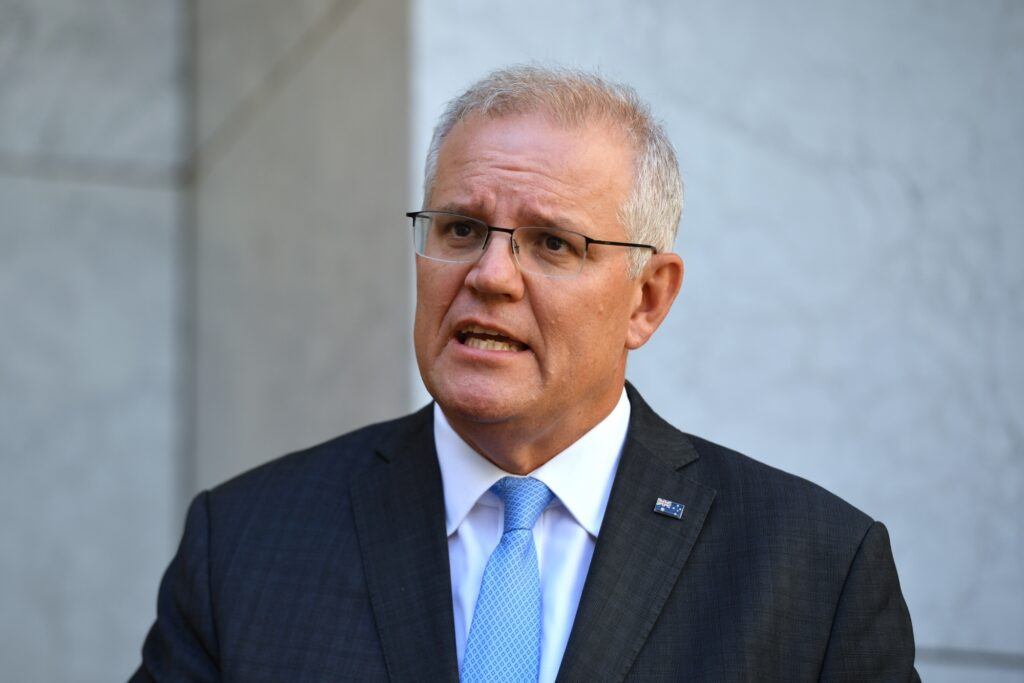 Canberra : Australian Prime Minister Scott Morrison on Friday encouraged citizens to persevere through lockdowns as the country continues to battle a third wave of Covid-19 infections and the vaccine rollout accelerates.

Addressing the media in Canberra at Parliament House, Morrison issued a reminder to state and territory leaders that restrictions should be eased when 70 per cent of the population is vaccinated under the four-stage plan out of the pandemic.

As of Friday approximately 28 per cent of Australian adults were fully vaccinated but Morrison said the rollout was ramping up with more than 300,000 jabs administered on two consecutive days for the first time.

“That is really hitting the marks that we need to hit for us to achieve the objectives of our national plan,” he said.

“We’ve said you’ve, you’ve persevering the lockdowns. You’re taking the instructions. You’re making the sacrifices… And the national plan is a deal with Australians, which says when we achieve those marks of 70 per cent and 80 per cent, there’ll be changes. And I’m committed to that plan.”

NSW, the epicentre of the country’s current Covid outbreak, announced on Friday to extend the lockdown on Greater Sydney until the end of September and to impose a curfew on some areas of concern.

Twelve of the new cases were in the ACT, taking the total number of cases linked to an outbreak in Canberra to 94 as the nation’s capital enters its second week of lockdown.

“It’s gone from one case to nearly 100 in a week,” ACT Chief Minister Andrew Barr said on Friday.

“If there was no lockdown and we just let it rip, it wouldn’t be 100 cases, it would be possibly in the low thousands and we would have a serious problem, a Sydney-scale problem.”

The Northern Territory (NT) on Friday recorded zero new cases for the consecutive days and lifted its lockdown.