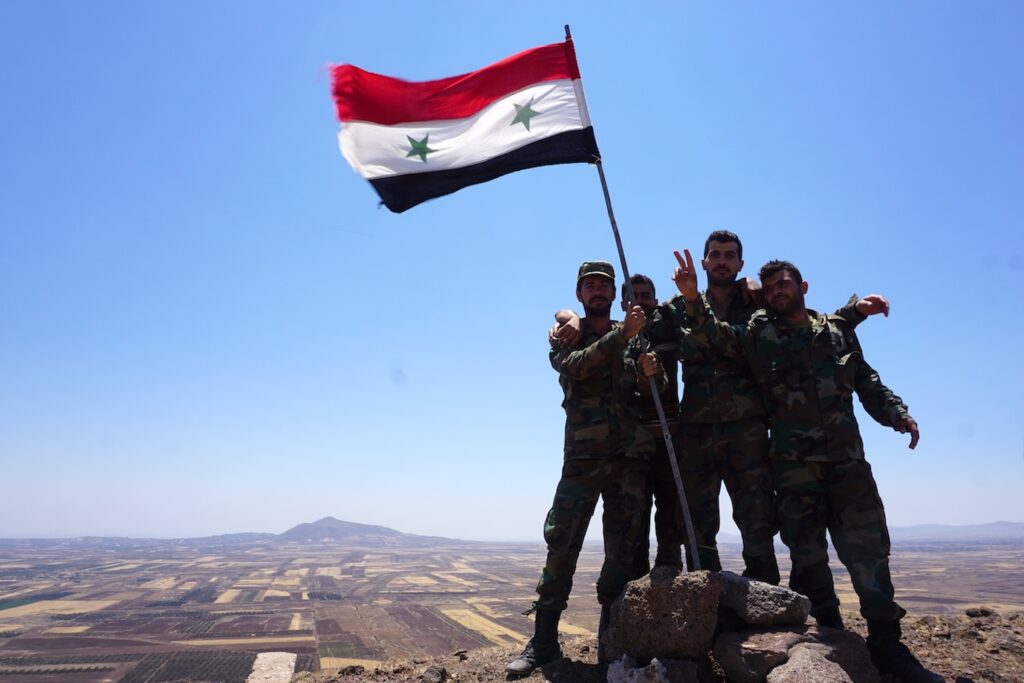 Damascus : The Syrian army entered a new town in the country’s southern province of Daraa, as part of an ongoing reconciliation process to restore security and stability, a military source said.

Escorted by Russian military police, the army units on Monday entered the town of al-Yadodeh, some 7 km west of the provincial capital of Daraa, and hoisted the national flag on a number of government buildings, the source told Xinhua news agency.

This comes as Syrian authorities designated a school in the town to be a centre for armed men to hand over their weapons and embark on a reconciliation process with the army to clear criminal records.

The recent development is a part of a larger reconciliation agreement that was reached in Daraa, enabling armed rebels who want to reconcile with the government to hand over their weapons and enjoy a form of amnesty while allowing reluctant rebels a safe passage toward rebel-held areas in northern Syria.

The agreement was mediated by Russia between the Syrian authorities and local dignitaries in Daraa to defuse months-long tension.

In the al-Balad area of Daraa, around 1,300 armed men handed over their weapons to the army and joined the reconciliation process last week.

Now more towns are joining in, and al-Yadodeh is the one that witnessed this process on Monday.

At the reconciliation centre, Ahmad Omar, aged 40, showed up to embark on a reconciliation process with the government after holding arms as part of the insurgency there.

“I am an employee and have been discharged from work. I hope I could come back to my life and the situation would get better in Daraa,” he told Xinhua.

For his part, Ismael Kamkha, another armed man from Daraa, told Xinhua that he is happy to have his life back after the reconciliation.

“The situation is now good and we need nothing but peace and tranquillity in Daraa,” he said.

The Syrian army entered Daraa in 2018 after the rebels there were dislodged to the rebel-held areas in the northwestern province of Idlib.

However, the tension has continued in Daraa with attacks taking place occasionally.