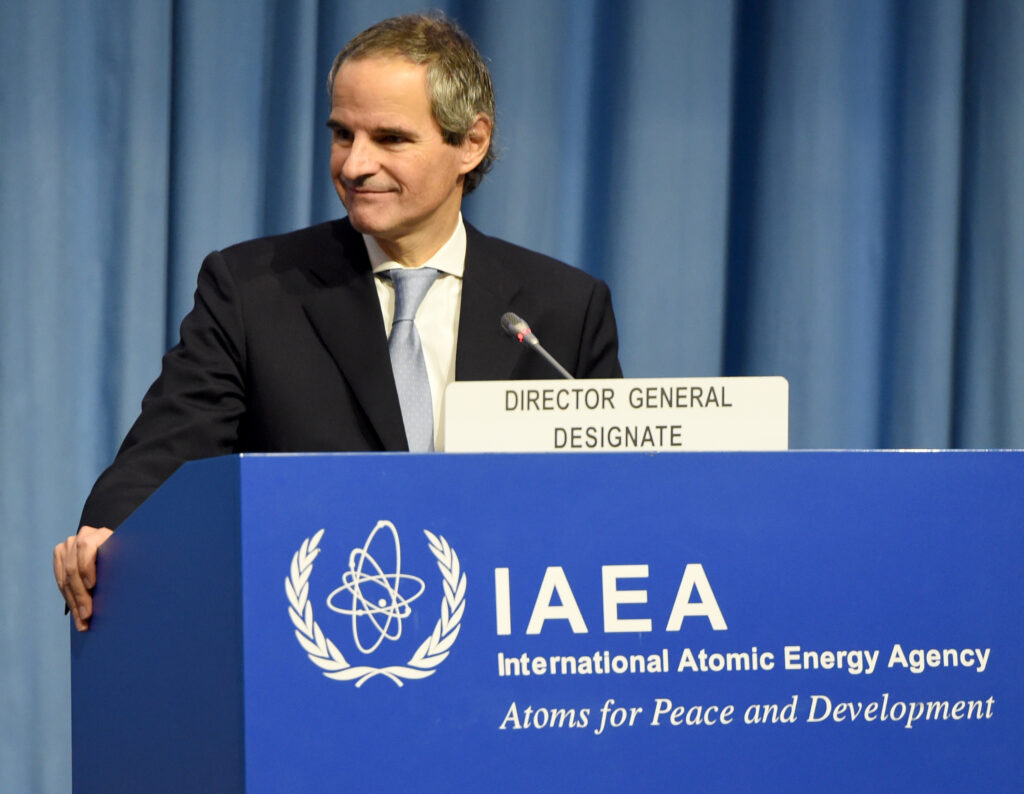 Vienna, Rafael Grossi, Director-General of the International Atomic Energy Agency (IAEA), said othat a temporary arrangement reached with Iran in February that allows it to continue with necessary verification and monitoring activities will be extended for a month until June 24.

Apart from the extension, Grossi told reporters here on Monday that the IAEA and Iran have agreed that information collected by the technical equipment at different locations in Tehran is going to be saved and will continue to be under the custody of the Agency, reports Xinhua news agency.

Iran stopped the implementation of the voluntary measures as envisaged in the 2015 Joint Comprehensive Plan of Action (JCPOA), commonly known as the Iran nuclear deal, on February 23.

On February 21, the IAEA said that it had reached a temporary bilateral technical understanding with Iran, under which the Agency could continue with its necessary verification and monitoring activities for up to three months.

Grossi said on Monday that this understanding was “even more important now” because a number of things have been happening in Iran since February, in terms of the activities there that have increased “qualitatively and quantitatively”.

He clarified to reporters that the information collected has not been handed over yet, but he also stressed that the agency is not practically “flying blind” since they know what equipment is there and have their own calculations and estimations of what is going on.

“This is not ideal. This is like an emergency device that we came up with in order for us to continue having these monitoring activities.”

“It will help maintain businesslike atmosphere at the Vienna talks on JCPOA and facilitate a successful outcome of the diplomatic efforts to restore the nuclear deal,” he added.

Since April 6, the JCPOA Joint Commission, chaired by European Union official Enrique Mora and attended by representatives of China, France, Germany, Russia, the UK and Iran, have conducted meetings in Vienna to continue previous discussions in view of a possible return of the US to the deal and on how to ensure its full and effective implementation.

The Joint Commission last week ended the fourth round of talks.

The participants agreed to meet again this week.

The US government under former President Donald Trump withdrew from the JCPOA in May 2018 and unilaterally re-imposed sanctions on Iran.

In response, Iran gradually stopped implementing parts of its JCPOA commitments from May 2019.