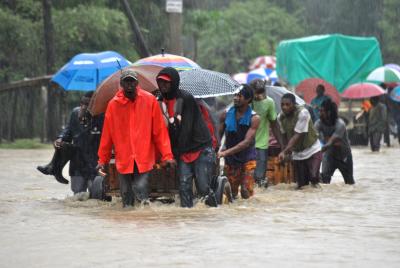 Lagos, “The level of floods in the highly probable flood risk areas between the months of April and November is expected to be high in terms of impacts on population, agriculture, livelihood, livestock, infrastructure and the environment,” said Suleiman Adamu, the Minister of Water Resources.

The Minister called on all stakeholders to consider the flood forecasts, flood early warnings and information being issued by NIHSA in its weekly and monthly flood alerts to reduce flooding disasters in the country.

Clement Nze, the head of NIHSA, said that the primary goal of the meeting is to raise awareness among policymakers, farmers and the general public, and preventive measures are required to improve safety and reduce damage to lives and properties.