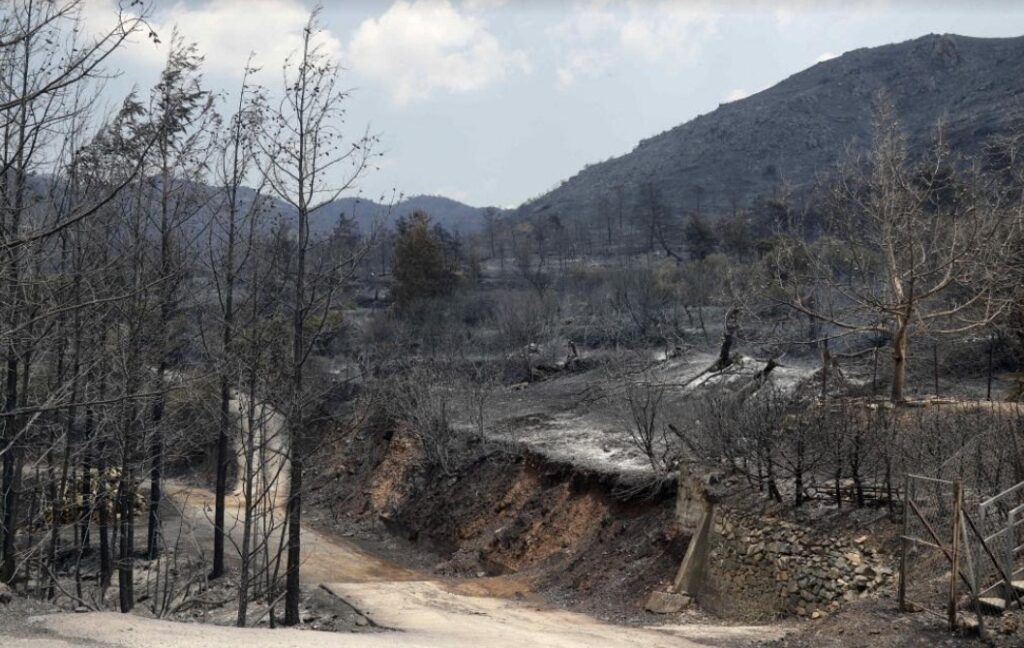 Nicosia,  Four people were killed in a massive forest fire which has been raging for almost 24 hours in a mountainous area of Cyprus, police said.

Charalambos Alexandrou, director of the Department of Forests, said on Sunday that the fire was the worst ever in the history of Cyprus, reports Xinhua news agency.

The police said that the victims were four Egyptian nationals, aged 25 to 30, who were deployed as agricultural workers at Odou village.

The fast moving fire, which was fanned by strong winds over an area of at least 55 square km within two hours, has affected 10 mountain communities northeast of the port city of Limassol.

Alexandrou said that the blaze was brought under control following all-night efforts by hundreds of firefighters and firefighting aircraft operating non-stop.

He added that efforts were currently focused on preventing the blaze from crossing over into the thick pine forest of Machairas, on one of the highest peaks of the central Troodos massif.

President Nicos Anastasiades said after touring some of the affected communities that the fire “was the biggest tragedy to hit Cyprus” since 1974.

He promised that the state will stand by the people who suffered damage.

Provisional reports said that several houses have been burned down, while damage to cultivations was huge.

Interior Minister Nicos Nouris said Cyprus was experiencing the most devastating fire in its 61 years as an independent state in terms of property damage and loss of human lives.

Firefighting planes from Israel, Greece and Italy were dispatched to Cyprus to help put out pockets of fire as there are still risks that the flames might be strengthened by strong winds.

The European Commission said that it has activated an emergency plan, including the re-orientation of Copernicus satellite so as to provide damage assessment maps and information on the fire.

Police said they have arrested a 67-year old man on suspicion of starting the fire while burning tree branches and dry grass in his field.

A court remanded the man in custody for eight days pending further investigations.