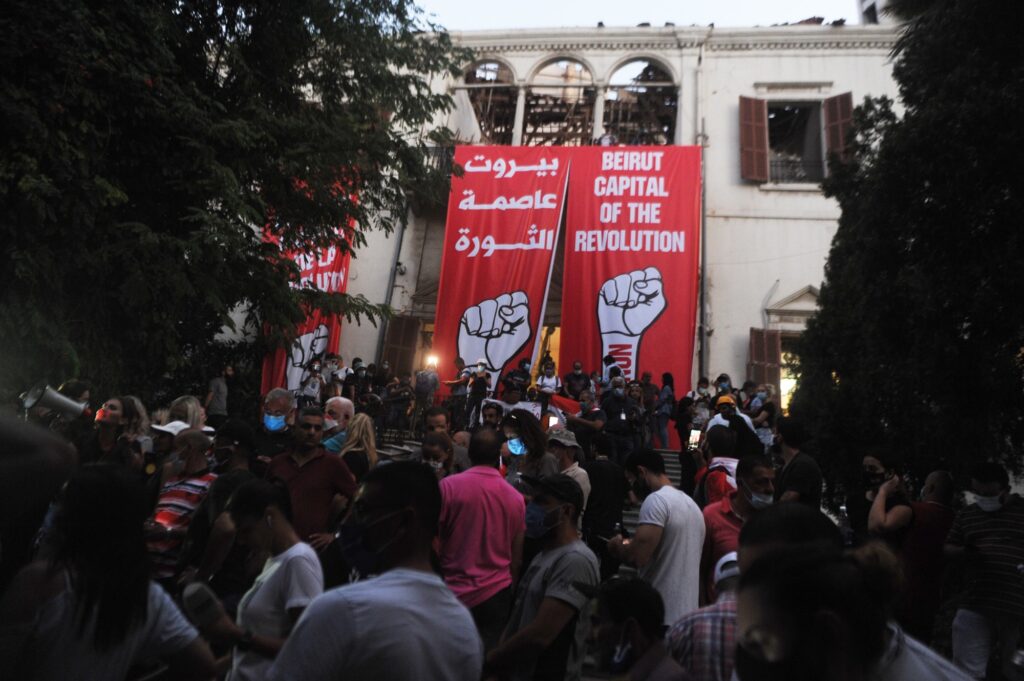 Beirut,  Lebanon’s General Labour Union held a general strike in protest against the country’s deteriorating political, living and economic conditions and also demand the formation of a new government.

Labourers and representatives of different economic sectors, both public and private ones, took part in the strike which was staged on Thursday in major cities, reports Xinhua news agency.

The Ministry of Interior announced that many of the main roads in the capital Beirut, the north and east of the country were blocked by burning rubber tires and waste containers.

In a sit-in here, Bechara al-Asmar, president of General Labour Union, warned against the collapse of all health, educational and economic systems, pointing out that the minimum monthly wage in Lebanon stands at fewer than $30 after the Lebanese pound lost 90 per cent of its value.

In his speech, al-Asmar called for “protecting what is left for Lebanon and forming a rescue government that paves the way for political stability and economic solutions”.

“Stop killing the Lebanese and take the initiative of forming a rescue government, as the Lebanese people have become desperate about their lives,” he said, warning against complete chaos in the absence of a powerful state.

Lebanon has been mired in a governmental deadlock since the resignation of former Prime Minister Hassan Diab’s cabinet on August 10, 2020, days after the Port of Beirut blasts on August 4, 2020, which claimed the lives of 190 people, injured at least 6,000 others and left some 300,000 homeless.

Prime Minister-designate Saad Hariri was appointed on October 22 but he hasn’t been able to form a cabinet because of his disagreement with President Michel Aoun over the distribution of ministerial posts.

In their last meeting held this March, Aoun and Hariri again failed to reach a consensus on cabinet formation, raising concerns about further instability and a total economic and financial collapse in the country.

Figures released by the World Bank showed that over 50 per cent of the Lebanese people have become “poor”.

In a new report released on June 1, the World Bank said that Lebanon’s prolonged severe economic depression may place it among the 10 most severe crises globally since the mid-19th century.