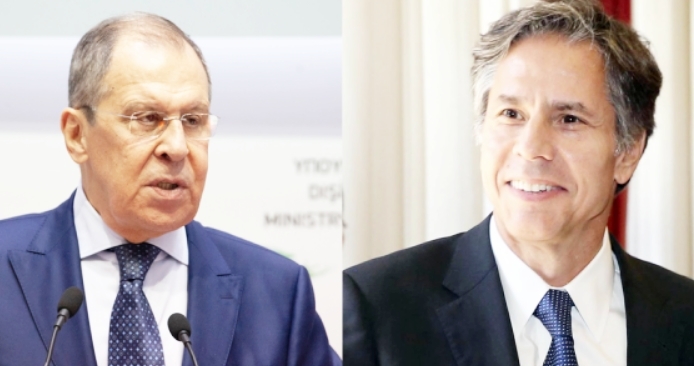 Moscow,  Russian Foreign Minister Sergey Lavrov said that he looked forward to a professional dialogue with US Secretary of State Antony Blinken in Iceland on Thursday.

Speaking at a press conference on Monday, Lavrov said he hopes that Blinken will clarify Washington’s purposes in relations with Moscow and its stance on international affairs concerning Russia’s interests, reports Xinhua news agency.

“Everything that in one way or another affects strategic stability. Nuclear and non-nuclear arms, offensive and defensive weapons should be on the negotiating table,” he said.

Lavrov said that while the US appears to be advocating stable and predictable relations with Russia, these should surely not be in the form of “consistently predictable sanctions”.

The Foreign Minister added that the US calls for the normalisation of the Moscow-Washington ties should be grounded in concrete deeds rather than words only.

Thursday meeting will be the first between a member of US President Joe Biden’s administration and a high-ranking Russian official.

Last week, the State Department had said that the focus of the talks between Blinken and Lavrov will be whether an agreement will emerge on Biden’s proposed summit with his Russian counterpart Vladimir Putin.

Biden had suggested the two meet in a third country at a summit, but it is unclear whether Putin will accept the invitation.

US-Russia ties have nose-dived over Washington’s allegations of election interference and cyberattacks, the treatment of jailed opposition figure Alexei Navalny and the conflict in eastern Ukraine.

The two sides have imposed a wave of sanctions and counter-sanctions.