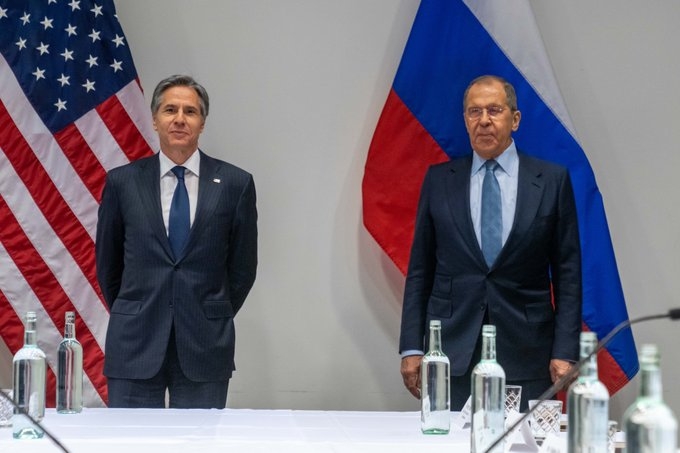 Moscow, Russian Foreign Minister Sergei Lavrov said he was concerned over Washington’s plans to deploy rotational troops in Poland and addressed the issue during his meeting with US Secretary of State Antony Blinken on the sidelines of an Arctic Council meeting in Reykjavik, Iceland.

“In particular, plans (on increasing the presence of NATO troops) are being openly discussed, I asked Blinken about this yesterday (Wednesday),” the Minister said during a press conference on Thursday following a ministerial meeting of the Arctic Council.

“Washington is discussing plans to deploy additional, substantial forces in Poland, which would be a direct violation of the Russia-NATO Founding Act,” he added.

Lavrov said he hoped NATO members would understand that this problem was not a bilateral one, but directly concerned the multilateral commitments the bloc has to Russia.

The Kremlin said on Thursday Lavrov’s meeting with Blinken was a “positive signal”, adding that the dialogue was constructive according to the Minister.

The results of the dialogue would help understand the prospects for a possible meeting between the US and Russian Presidents in the future, the Kremlin added.

Wednesday’s meeting was the first between a member of US President Joe Biden’s administration and a high-ranking Russian official.

Meanwhile, US President Joe Biden has suggested a meeting with his Russian counterpart Vladmir Putin in a third country at a summit, but it is unclear whether the latter will accept the invitation.

US-Russia ties have nose-dived over Washington’s allegations of election interference and cyberattacks, the treatment of Navalny and the conflict in eastern Ukraine.

The two sides have imposed a wave of sanctions and counter-sanctions.