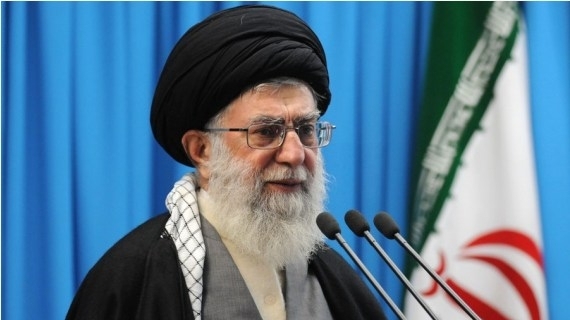 Tehran,  Iran’s Supreme Leader Ayatollah Ali Khamenei has reiterated Tehran’s position that US sanctions must be lifted before the Islamic Republic returns to its compliance with the 2015 nuclear deal, known as the Joint Comprehensive Plan of Action (JCPOA).

“The officials’ assessment is to go and negotiate in order to implement that policy, and we have no objection in this regard,” Khamenei said in a public event on Wednesday.

Talking through video conference in a religious ceremony to celebrate the first day of the holy month of Ramadan, the Supreme Leader stated that the US officials’ expressions of readiness to negotiate do not mean that Washington is ready to “listen and accept what is fair”, but are rather a sign of their determination to “impose their unjust position”.

The US “has not kept its promises on dozens of occasions”, he said.

Two meetings of the JCPOA Joint Commission were held last week in Vienna, chaired by Enrique Mora, the deputy secretary general and political director of the EU External Service Action Service, and attended by representatives from China, France, Germany, Russia, the UK and Iran.

Washington sent a delegation led by US Special Envoy to Iran Robert Malley.

They did not meet their Iranian counterparts face-to-face, but a shuttle diplomacy approach was adopted with the intensified help of the coordinators.

This week, voices were clearly heard in Tehran asking the government to halt the Vienna talks after the Iranian uranium enrichment plant in Natanz suffered an attack on April 11, which the country has accused Israel of.