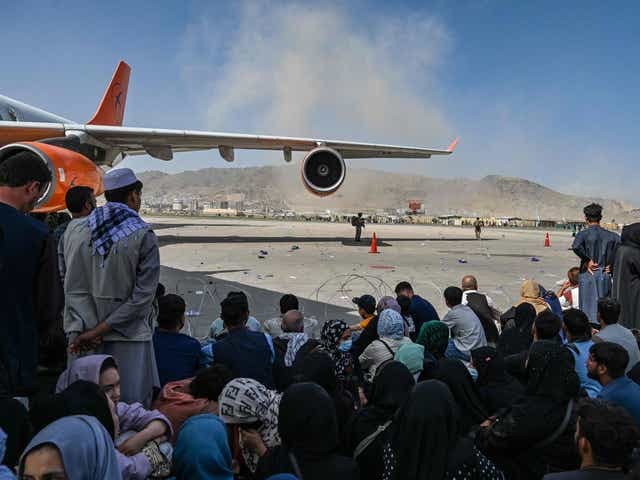 Kabul: Two journalists, including a female TV anchor, were among the victims of a deadly explosion at Hamid Karzai International Airport in Kabul on August 26, an independent media group said on Sunday.

Nearly 200 people, including 13 US soldiers, were killed and hundreds others wounded in the suicide blast that hit an eastern airport gate, when huge crowds were waiting for evacuation flights.

The victims have mostly been women and children and IS-K, a local affiliate of the Islamic State terror group, has claimed responsibility for the attack.

Over 100 journalists have been killed in Afghanistan in the past two decades, making the Asian country one of the most dangerous countries for journalists.

Sunday’s development comes hours after US President Joe Biden said his military commanders informed him that another attack in Afghanistan is “highly likely in the next 24-36 hours”.

In retaliation for the deadly attack, the US military on August 27 launched a drone strike against the terror group in Nangarhar province, which killed two “high-profile” members and wounded another, according to the Pentagon.

In a new security alert issued early Sunday in Kabul, the US State Department advised all American citizens to immediately leave three of the Kabul airport’s gates and avoid travelling to the airport, citing a “specific, credible threat”

The Department, however did not reveal about the nature of the threat.