The race for the party’s top position will officially start on September 8, reports Xinhua news agency.

The newly-elected Prime Minister will serve the remainder of Abe’s term as the LDP President through September 2021.

The winner of the election will be anointed the country’s new prime minister at an extraordinary parliamentary session, most likely to be convened on September 16, according to local media reports.

Yoshihide Suga, 71, who has been Chief Cabinet Secretary for nearly eight years and considered as a continuity candidate, is scheduled to formally declare his candidacy at a press conference on Wednesday evening.

On August 28, Abe, Japan’s longest serving Prime Minister, abruptly announced his intent to resign citing his chronic illness, but said he would remain in power until a successor was chosen.

In his announcement, the premier said that he needed to be treated for a flare-up of his intestinal disease that led his first one-year stint to end abruptly in 2007.

After stepping down in 2007 over a medical issue, he returned to the top job in 2012 after a landslide election win in the Lower House, NHK reported.

Abe, prior to his health condition, was set to spend one more year at the helm. 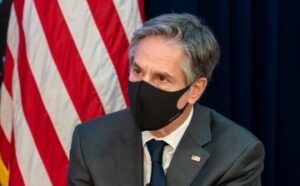