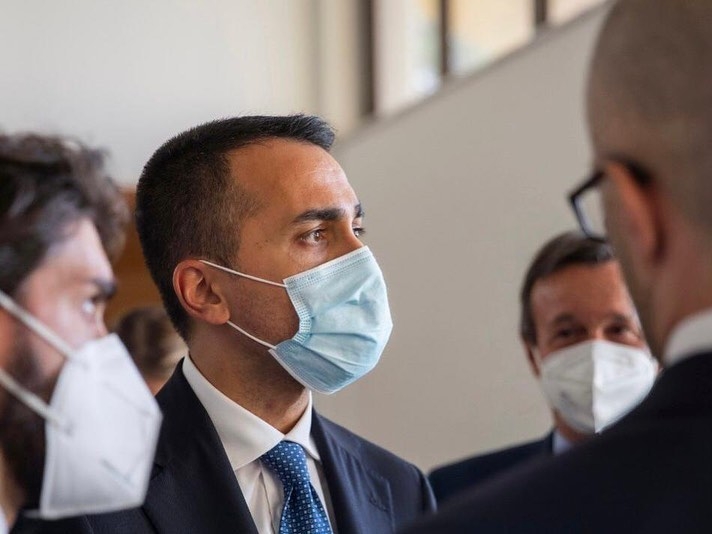 Baghdad : Italian Foreign Minister Luigi Di Maio paid an official visit to Iraq, during which he discussed with Iraqi leaders bilateral relations and security issues, including how to combat terrorism in the war-torn country after the withdrawal of the coalition forces led by the US.

When meeting with Iraqi President Barham Salih, the two sides discussed bilateral relations and emphasised Italy’s role, within the international coalition and the North Atlantic Treaty Organization (NATO) mission in Iraq, in supporting the Iraqi forces in combating terrorism, Xinhua news agency reported, citing a statement from the media office of the presidency.

During Di Maio’s meeting with Iraqi Prime Minister Mustafa al-Kadhimi, the two sides discussed ways to enhance bilateral relations in the security field, according to a separate statement by al-Kadhimi’s media office.

The two sides also discussed “the training of the Iraqi forces within the framework of NATO mission in Iraq, especially with the transition of the relationship with the international coalition to a non-combat role,” the statement said.

The Italian foreign minister affirmed his country’s support for the Iraqi government, praising its efforts to improve regional stability.

The Italian minister arrived here earlier in the day, and his visit came as the combat forces of the US-led coalition are withdrawing from Iraq, and the task of the remaining foreign soldiers’ mission shifting to giving advise, help, and empowerment to Iraqi security forces.