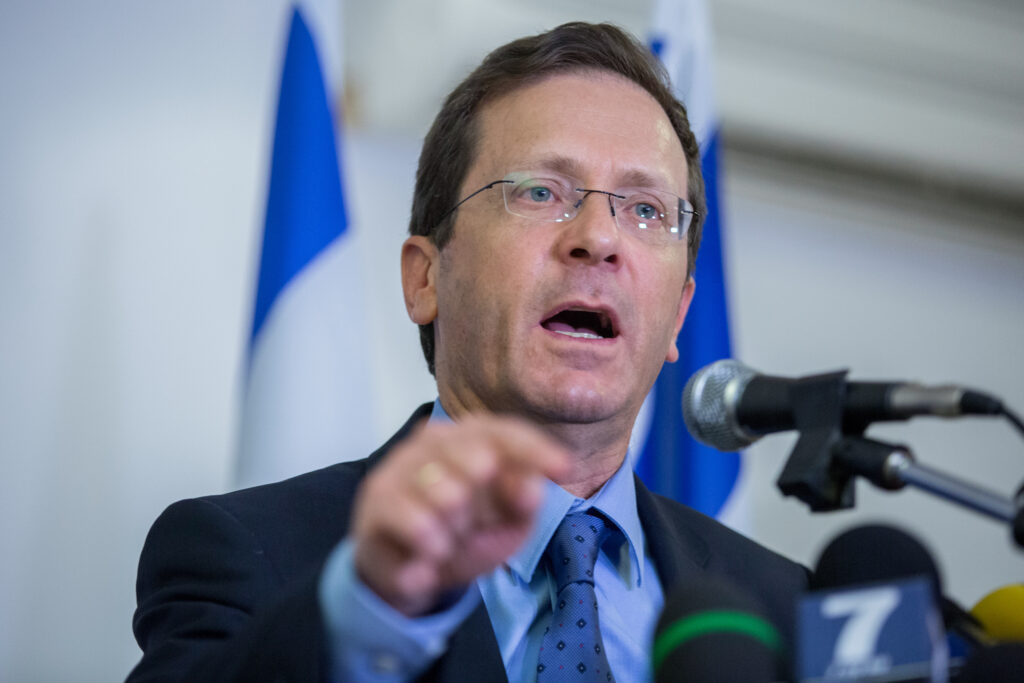 Herzog, 60, took his oath on Wednesday before the Knesset, the Israeli parliament, and became Israel’s 11th president, Xinhua reported.

In his first speech as president, Herzog vowed to serve the entire citizens of Israel. He said there is a need for a more moderate tone in Israeli politics and to stop the incitement that divides and polarizes Israeli society.

“The shared values are more brittle than ever,” he said, adding that hate and incitement lead to “heavy prices” such as “harming our national resilience.”

He called for a greater integration of Arabs in society and to stop street violence and killings in Arab towns.
“My mission, the task of my term, will be to do everything to rebuild hope” for the society, he said.

Herzog replaced Reuven Rivlin who has served as the president for the past seven years.

Herzog is a former chairman of the Jewish Agency and the son of Israel’s sixth president Chaim Herzog.