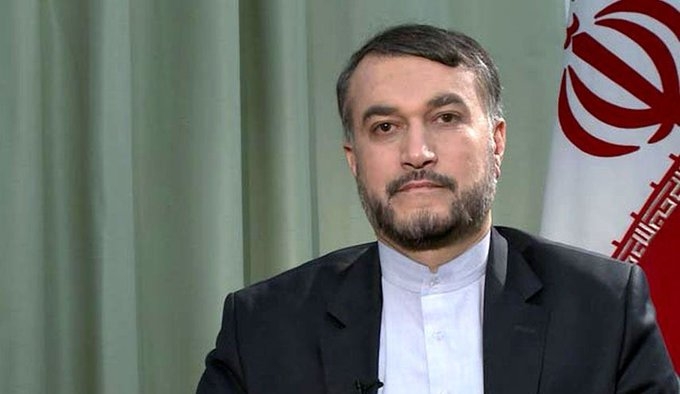 Tehran : The Iranian Foreign Minister Hossein Amir-Abdollahian has said that the “unrestrained” delivery of American and European weapons to Ukraine has further complicated the situation in the country.

Amir-Abdollahian made the remarks in a phone call with his Finnish counterpart Pekka Haavisto on Thursday, in which the two sides also discussed bilateral relations and the latest developments in Iran.

Pointing to the Tehran visit by the Finnish Foreign Minister earlier in February, Amir-Abdollahian said the relations between the two countries are on the right track.

The Iranian Minister also briefed Haavisto on the latest developments in the talks on the revival of a 2015 nuclear deal, formally known as the Joint Comprehensive Plan of Action (JCPOA).

For his part, Haavisto expressed his country’s support for the restoration of JCPOA, while thanking his Iranian counterpart for informing him of the latest developments in the talks.

Ukraine and Western countries have recently accused Iran of exporting suicide drones to Russia for use in the ongoing conflict in Ukraine. Iran has repeatedly rejected the allegations as “baseless,” saying it has sent no weapon to any of the warring parties.